The Big Mad: Medicaid Mendacity, Lady Rush and a Dream of a Better April Fools' 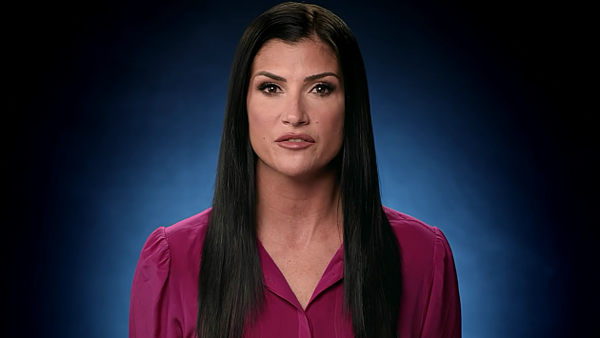 Medican’t: Republican Missouri lawmakers have apparently decided that a voter-approved amendment to the constitution doesn't count if it doesn’t involve supplying guns to every white man, woman and child in the state, so they're going to literally ignore the state constitution and reject billions upon billions of dollars of federal aid rather than provide access to basic health services for fellow citizens. Indeed, State Rep. Justin Hill, who was so incensed that Joe Biden won the presidency that he skipped his own swearing in to go to the January 6 rally at the U.S. Capitol, finally found a majority vote he could actually overturn. The Lake St. Louis Republican helped rally his GOP colleagues to defund the Medicaid expansion that 53 percent of Missourians voted for in August. Hill, a condescending douchebag, rationalized subverting the will of voters by claiming they'd been tricked. "Even though my constituents voted for this lie, I’m going to protect them,” Hill said on the floor of the House. “I am proud to stand against the will of the people.” Yeah, thanks, but maybe your constituents were OK with people getting health care?

Same hot air, new windbag: St. Louis native and professional gun-humper Dana Loesch is moving on up in the fever swamps of right-wing talk radio after signing a three-year deal with Radio America that will see her poisonous and frankly exhausting ideas beamed into homes across 200 markets. The allegedly formerly liberal Loesch will see her show airing in the same time slot that used to play host to Rush Limbaugh, and naturally she is already pouncing on the opportunity to prove that she's just as awful as that guy. "I do feel that I'm well-positioned to fill the void," she tells Axios of her lady-Rush ambitions. "I've been in this slot for years, and if there's any program positioned to do it, it's mine." On behalf of St. Louis, we’d like to offer our sincerest apologies to all those poor folks out there that will soon be forced to know Loesch exists, and especially to anyone unfortunate enough to hear her speak.

152-0, 169 years late: On March 31, the Missouri House voted unanimously to “renounce” the 1852 legal atrocity that denied freedom to Dred Scott and his family. Today, the lawmakers’ act carries only symbolic significance, but the declaration is a reminder that it’s never too late to be furious at Missouri’s role in the case — and its distinction for inserting racism directly into the legal record. Writing for the majority on March 22, 1852, Missouri Supreme Court Justice William Scott ruled that the state was not bound by the abolitionist laws in other states; he described the introduction of slavery as “in the providences of God” and abolition movements as “a dark and fell spirit” that would, if successful, result in “the overthrow and destruction of our government.” Seven years later, U.S. Supreme Court Justice Roger B. Taney picked up where Missouri left off, ruling that Black people were not U.S. citizens, but property, and therefore did not have standing to seek their own freedom. In 2017, after white supremacists carrying Confederate flags marched in Charlottesville, multiple Confederate memorials to Taney were taken down. Yet, the legacy of the racist judge lives on, not just in contemporary racists, but as the namesake of Missouri’s own Taney County, home of Branson. Yes, the laws have changed. The centuries have passed. But the symbols and names didn’t. Renouncing them isn’t cancel culture — it’s just the right thing to do, even if it is 169 years late.

Fool us, please! What is April Fools' Day in a world turned upside down? It could have been perfect: When the clocks ticked into April 1, the curtains would lift on the vast array of movie sets as an army of turtleneck-wearing technicians disassembled the hospital wards into plywood sheets and stuffed the Donald Trump mannequin back in its shrinkwrap; then, entering from stage right, the still-living brain of Stanley Kubrick would be wheeled out and revealed as “Q.” The 550,000 deaths would be explained away as a complicated series of hoaxes — they were all unharmed and on cruises to Maui, you see — and all to pull off the single greatest April Fool’s joke ever produced. A delusional fantasy? Of course. But after the phantasmagorical hell-ride of the last year, there is a part of us, the unreasonable part, that held out hope for a flashy and irrational explanation to replace the dire reality. In a world of hard truths and scientific explanations, a tinfoil-hat-wearing angel on our shoulder whispered of an Occam’s space laser. Instead, April Fools' got the usual bland array of brands' photoshopped “announcements” for implausible products — leaving us, the fools, to deal with reality once more.