Even the basics are in question. St. Louis commissioner of corrections Dale Glass noted that "the first thing" inmates did in Sunday's uprising was to "cut the cameras." It's not clear just how many inmates were involved.

"I don't know if I'll ever be able to answer that question," Glass said. "Not everybody in those in those units was involved in this event. We believe that to be true, that the numbers are relatively small, but it was enough to create all the havoc that we have seen."

On Sunday night, inmates busted out the windows on the northwest corner of the third floor, sending the blue-green reflective glass tumbling to the sidewalk. As reported by the RFT's Doyle Murphy, who was on the scene with the camera, the inmates threw objects from the windows, set small fires, and shouted "we want court dates" before sheriff's deputies arrived equipped with body armor and what appeared to be pepper spray or mace.


Before the deputies rushed in, an inmate had held up a hand-drawn sign, the letters scrawled in white toothpaste, spelling "HELP US."

Glass acknowledged the existence of longstanding concerns for inmates. He said the early stages of the investigation pointed to anger over the lack of recreation due to COVID-19 restrictions — the inmates "spend a lot of time in their cell, and they’re still upset about that issue," he said — and frustration around the delays in court cases and legal proceedings.

But Glass drew at the line at the jail's direct responsibility, calling allegations of inmate mistreatment "absolutely not true" and stating "there was nothing that we did to cause them to react this way."

Glass described the inmates as "resourceful," and he views Sunday's incident not as a matter of oppressed people reacting to mistreatment, but inmates taking advantage of an inevitable opportunity.

"The inmates or detainees determine how they want to act out. And they do," Glass said. "I believe that once they felt like it was successful to some extent or degree, it was likely that it would happen again."

Advocates, attorneys and, indeed, the inmates themselves, have spent months arguing that the combinations of poor living conditions, COVID-19 infections, and court delays are behind the ongoing crisis. Sunday's uprising was at least the fourth incident in the downtown jail since December, and, over the ensuing weeks, city officials have offered a shifting and defensive array of answers. 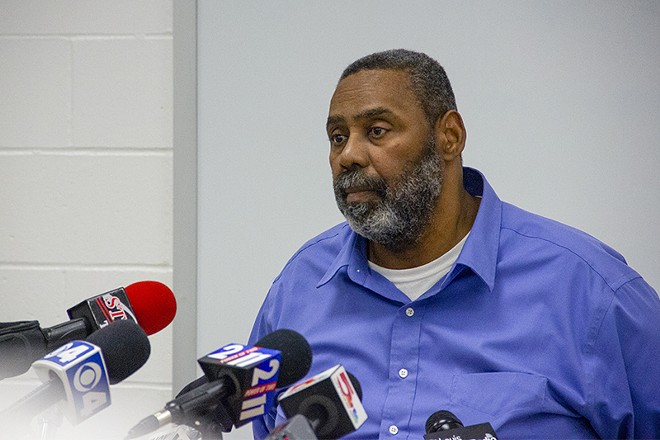 While Glass maintained that the jail conditions were not to blame, he said the jail is also moving on recommendations from the corrections task force appointed by Mayor Lyda Krewson in February. The changes include more recreation time and restarting in-person visits.

In fact, Glass noted, March 29 was the first day of visitations since the lockdown began. On Sunday, just six days later, inmates once again escaped their cells and turned the jail into a public protest.

But how did the inmates get loose of their cells in the first place? Glass repeatedly demurred to the ongoing investigation, though he did provide some new details about the city's efforts to replace and repair the locks that, as then-Public Safety Director Jimmie Edwards revealed in February, "don't necessarily lock."

During the press conference, several reporters asked Glass to clarify the status of the locks before Sunday's uprising and whether inmates had, once again, jimmied the locks to escape.

"I believe that's a possibility that they were able to compromise the locks," Glass said, though he also said the cells involved in Sunday's breakout "weren't known to us that they could be a problem."

"We knew that the locks, in general, that people had found a way to compromise them," Glass said. Referencing the cells from which inmates bolted in the Sunday uprising, he added, "We did not know that they could be compromised."

The locks in two fourth-floor units that were compromised in February are expected to be replaced and ready for inmates in May. A complete renovation of the jail's door systems — including doors, locks, frames and electronic locking devices — will take $13 million to complete. 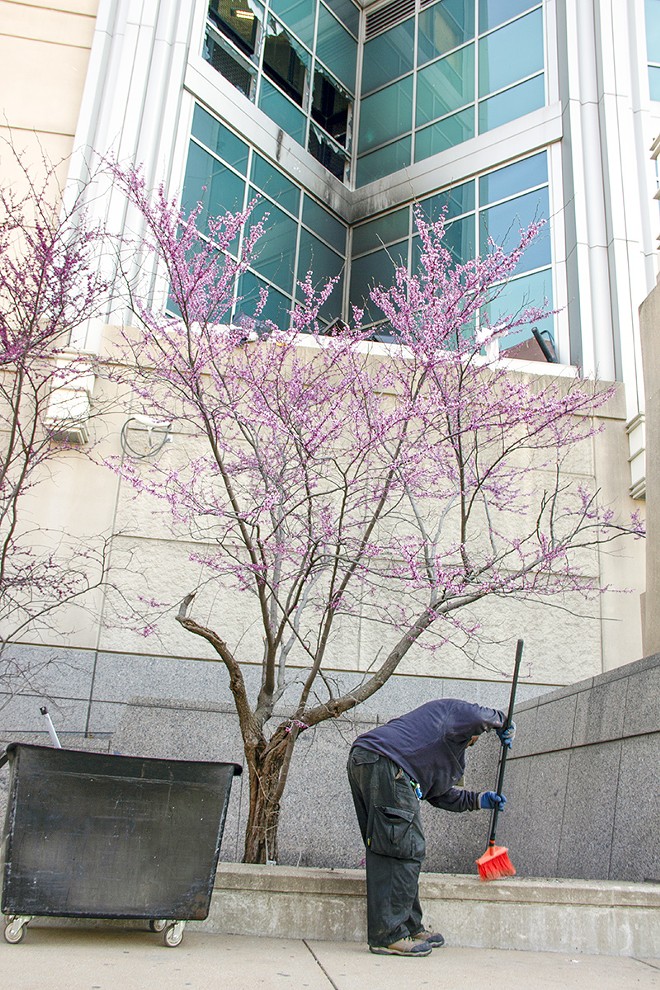