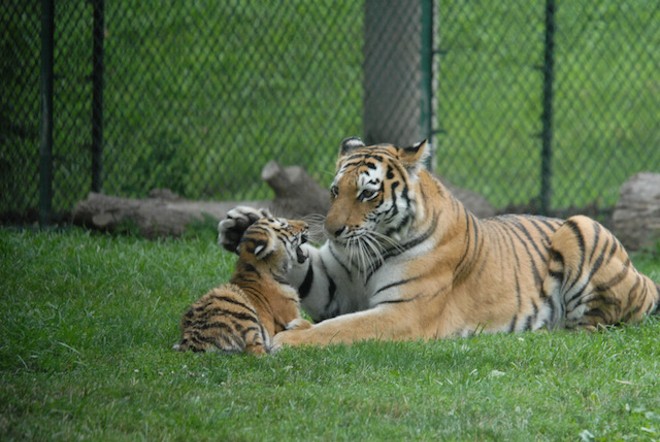 The Saint Louis Zoo is saying goodbye to Kalista, one of the oldest Amur tigers in the world and a familiar striped face in the zoo's Big Cat Country habitat.

Only two months short of her twentieth birthday, Kalista had reached a point where she could no longer live comfortably or without pain from an "age-related degenerative joint disease," the zoo said in a statement Friday. On March 27, with the help of the zoo's veterinary staff, Kalista passed away through euthanasia.

Kalista had been the oldest living female Amur tiger in the Association of Zoos and Aquariums North American Species Survival Plan Program, the zoo said, making her one of the oldest Amur tigers in the world.

Amur tigers are native to eastern Russia, northeastern China and northern regions of North Korea, but are today a critically endangered species, with fewer than 500 still living in their natural habitats. In light of how rare tigers are, the fact that Kalista raised a litter of five cubs she birthed in 2008 made her an important part of making sure her species survives into the future.

The zoo's staff remember her as "an amazing mother tigress."

"Kalista was a very social and energetic tiger," curator Steve Bircher said in the zoo's news release. "She enjoyed interacting and training with the keepers and greeted everyone with a 'chuff,' which is a tiger-specific vocalization showing affection. We will all miss her."

The zoo also houses a second Amur tiger, Waldemere, who at eighteen is the oldest male Amur tiger in the same species survival plan. In the wild, Amur tigers generally live to between fourteen and sixteen years old.

RIP Kalista, you were a true Tiger Queen.