Artist Jeanne Spezia never intended to actually live inside the massive sewer pipe she keeps on the side of her driveway. Covered in mosaic tiles and representing years of work, the eight-foot-long concrete pipe turned up Facebook marketplace Thursday with an asking price of $100.

The listing for a "Sewer Pipe House" has already attracted potential buyers. But in an interview with RFT, its creator explains that it had started as an idea for a kind of art gallery spread across a curved concrete canvas.

"I wanted to make a mosaic sewer pipe that you could walk through," Spezia says. "They delivered it on a flatbed, and just dropped it. They're very heavy, about 13,000 pounds."

"I tiled it inside and out," she adds. "So now it's probably heavier." 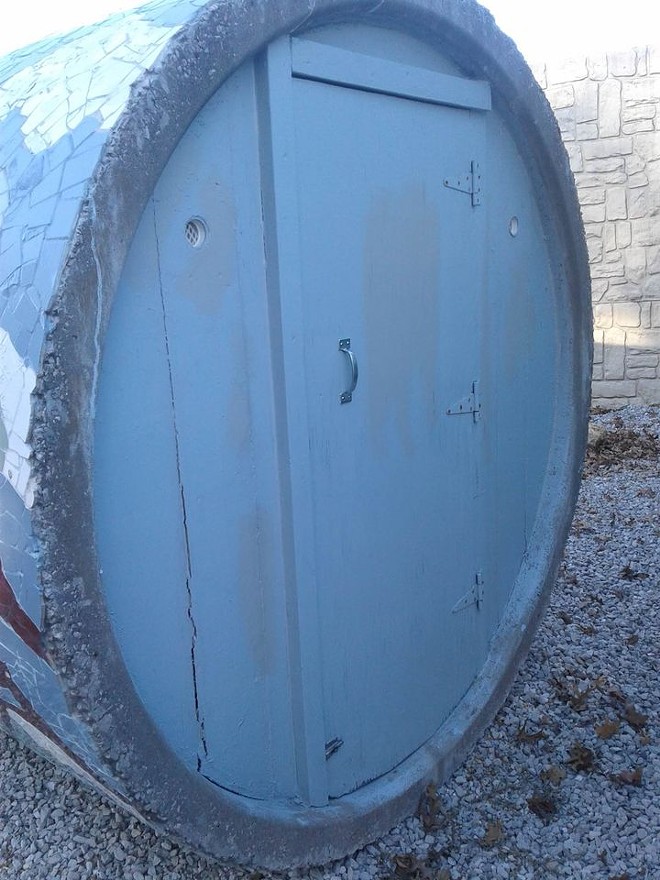 Spezia says she purchased the pipe around 2013, and spent the next two years transforming it into something far more artful than its intended purpose. But the plan for a walkthrough art installation changed after she read about the Dasparkhotel in Austria, which usess converted city drainage pipes as cozy hotel rooms with "maximum comfort in a minimal amount of space."

She remembers deciding, "Let's make ours a pod."

Spezia got to work, laying more than a thousand pieces of cut tile and turning the dull gray concrete into a work of art, while her husband framed the interior, installed a pull-down table and added a window on the other end.

By the end, Spezia had covered every inch in tile. The interior is a nightscape complete with stars.

On the exterior, one side shows a tree spreading its branches against a blue sky. The other features a close-up portrait of the artist herself. 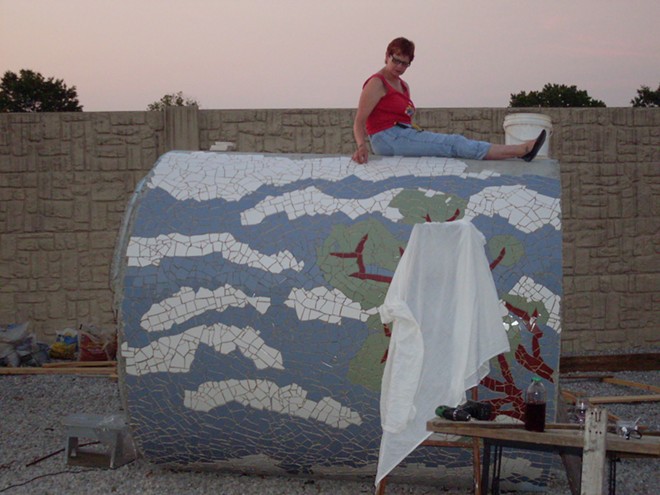 Spezia says she completed the work in 2015. The interior features a chalkboard finish to the new walls, allowing visitors to write or draw with chalk if they wished. Battery-powered lights light up the tiled night sky, and her husband added a frame for a bed.

Not long after finishing the project, Spezia says she and her husband planned to spend the night on new year's eve. That same night, her year-old dog escaped from an unlocked gate and, tragically, was struck and killed by a car.

Years later, Spezia says it was that loss that brought the pipe to market.

"I was in a hurry and didn't close the gate that night, and I just can't look at this pipe anymore, because it brings back that memory," she says. "It's been bugging me, and I just want to get rid of it." 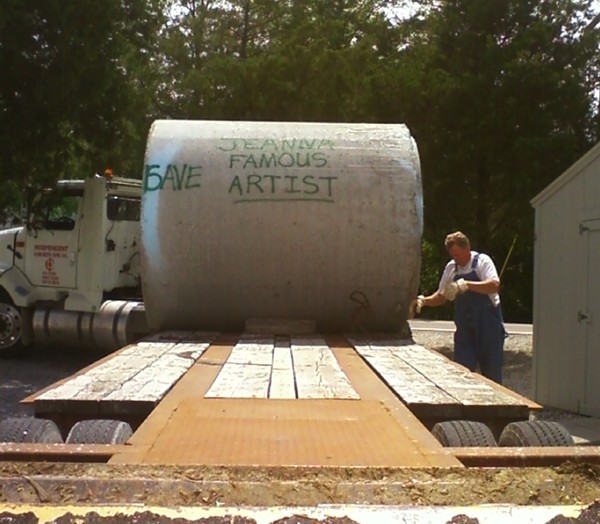 So far, she says one prospective buyer is waiting for approval to move the pipe to his property. Another has offered to pick it up immediately, though she advises that any buyer will need a flatbed truck and "can't just roll it out of here."

Still, she says the attention toward her Facebook listing has been gratifying, though it's come at a time when she's ready to give up the product of so much time and effort.

"My husband could just destroy it, but my friend said that I could put it up on Facebook marketplace, and it's already got some 6,000 views. It's just funny," she adds, "Nobody cared about it while I was on there doing it, but now that I'm going to get rid of it, everybody is interested." 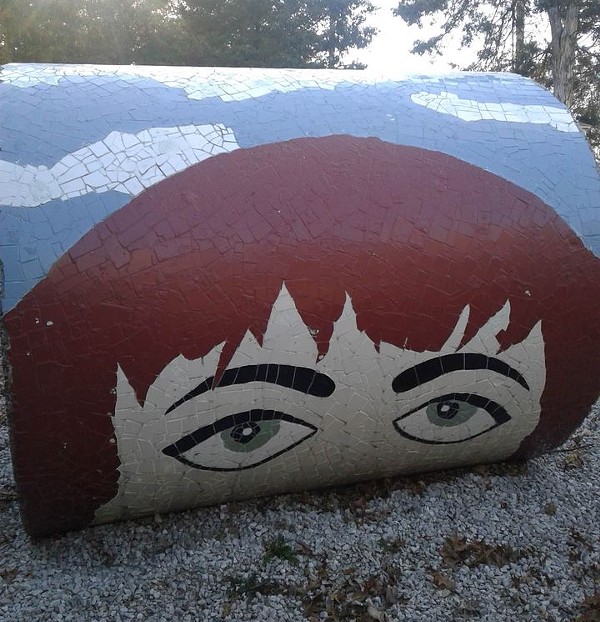 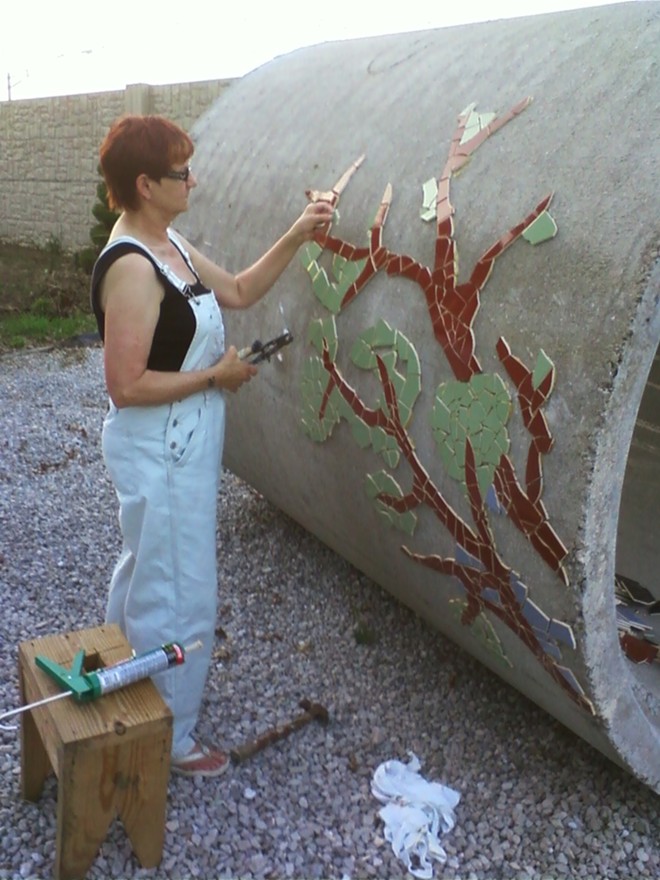 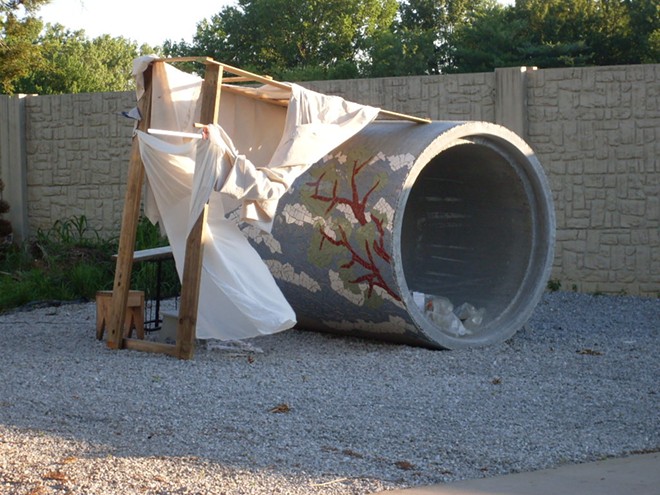 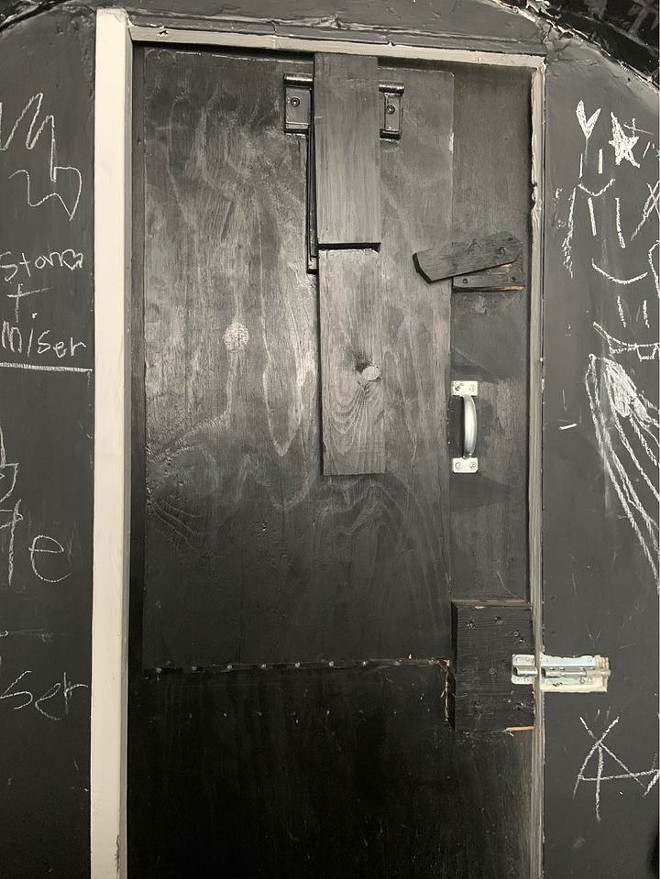 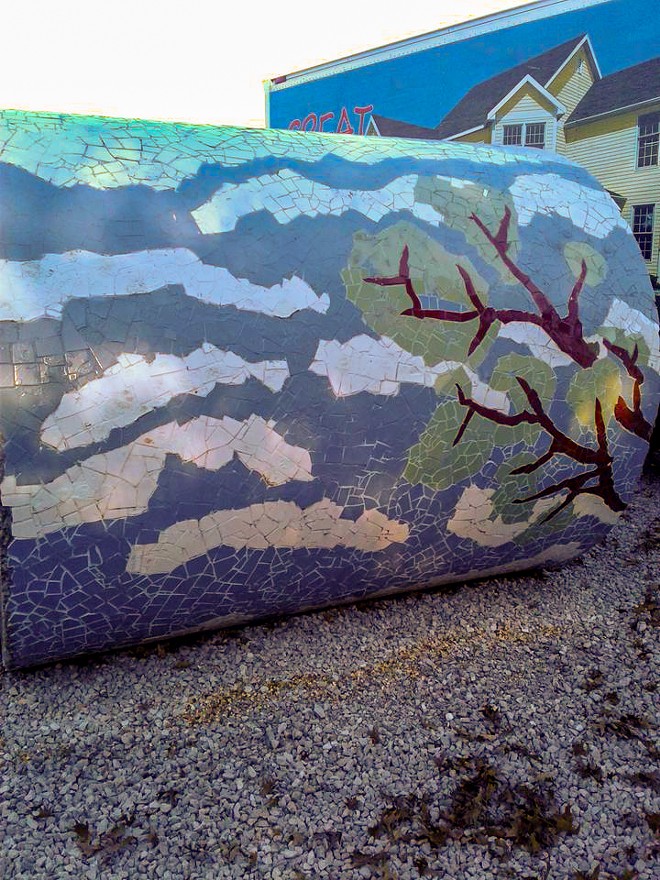