St. Louis City is Hosting 3,000 Daily Vaccinations for Next 8 Weeks 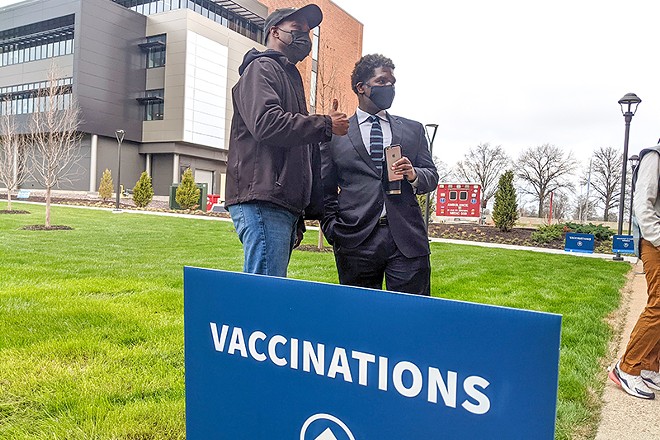 It may not be a return football, but starting April 7 the former home of the Rams and Battlehawks is being turned into a truly massive mass-vaccination event that's set to run daily for the next eight weeks.

According to details released earlier today by the governor's office, the event aims to distribute 168,000 vaccinations in the City of St. Louis. The location at the Dome at America’s Center was selected "because of its proximity to a large number of Missourians at high-risk to the disease and limited access to health care." Free parking will be available nearby.

The release noted that the additional doses are separate from the state's existing vaccination programs, which is sending out approximately 200,000 initial doses every week to around 1,050 state-approved vaccine providers. The eight-week starting next week is a partnership between the state of Missouri and the Federal Emergency Management Agency.

Once underway, the mass vaccination site downtown will operate 8 a.m. to 6 p.m., seven days a week. Eligible residents are instructed to sign up online through Missouri's Vaccine Navigator tool, or to call the state's COVID-19 hotline at (877) 435-8411.

Today, we join @fema to announce a new program to equitably provide up to an additional 168,000 vaccinations in the City of St. Louis in an eight week period. The program will launch on April 7 and vaccinate up to 3,000 people a day, seven days a week. https://t.co/0IpXmsFQUE pic.twitter.com/9CRevpiZGG


Also on Monday, Governor Mike Parson announced that the state's vaccination program would activate Phase 2 of its rollout, opening eligibility for another 800,00 residents in categories that include library staff, higher education, and those experiencing homelessness. (See a full list of Phase 2 categories here.) All Missourians will be eligible for vaccines effective April 9.

Great job by @CityofSTLDOH and countless partners and volunteers over the last three days.


Meanwhile, in St. Louis County, the Department of Public Health is hosting the first of two large-scale vaccination events on April 3 at at South Technical High School.