The Big Mad: Distracted Cops, Rude Asteroids and the Corncobbing of Andrew Koenig 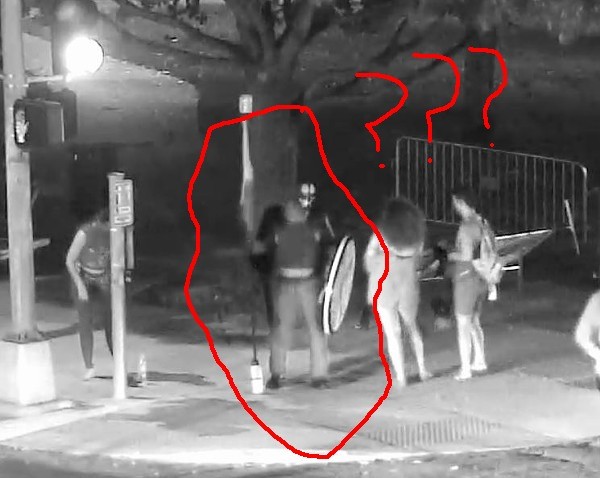 It can be hard maintaining the sky-high levels of fury you’re used to living with in the face of this beautiful weather, and of course the tangible feeling that we’ve maybe, hopefully, finally turned a corner in the battle against COVID-19. But you’re more than up to the task. Put plainly, if you were Lou Ferrigno, your skin would be a startling shade of green. Hell, you’d be flipping cars over by now if such an act wouldn’t result in several costly civil judgments against you — even though you’re not quite sure what, exactly, you’re so angry about. But fear not: We’re here to help.

Welcome back to the Big Mad, RFT’s weekly roundup of righteous rage! Let’s dive in:

DESTINATION VACCINATION: Even as Governor Parson and Bowtie Health Director Man promise more vaccines are coming to St. Louis, city dwellers are still driving hours all over the goddamn state to get their shots. The situation is so pathetically mismanaged, in fact, that Missouri is featured prominently in a recent AP report about the states that are most royally fucking things up on the vaccination front — the Show Me State ranks 41st in the nation for its abysmal rollout. Turns out, in addition to the problems caused by the lack of vaccines in urban areas, state leadership's decision to race as quickly as possible through the tiers of eligibility has created an enormous backlog of people who are qualified but still awaiting vaccines, while at the same time assuring that demand hopelessly outpaces supply. And things are about to get worse: Come April 9, every adult in the state will be eligible for the shot — meaning everyone who wants one will be competing with literally everyone else. May the odds be ever in your favor.

NOT READY FOR HIS CLOSEUP: For all of the technical sophistication of police surveillance systems, the trial against white officers accused of the beating of Black St. Louis detective Luther Hall revealed there was a camera that could have been pointed directly at the action — but it wasn't, since the camera's operator appeared to be more interested in zooming in on some LARPer weirdo who showed up to the protest in face paint while carrying a homemade shield and what looks like a spear or a long sword of some kind. Was this a dangerous time traveler from the Middle Ages, worthy of police scrutiny, or just an example of an easily distracted cop staring at a Renaissance fair nerd? Either way, it was a critical miss at gathering evidence of cop-on-cop violence, and that's no fantasy.

WRONG-STITUTION: On March 17, Republican State Senator Andrew Koenig (R-Manchester) tweeted a video clip of himself heroically grilling an abortion-rights advocate during a committee hearing — an exchange in which Koenig, noted abortion-hater and law-knower, demanded to be shown where abortion rights are contained in the U.S. Constitution. "The reality is that it's not there," Koenig said confidently as he argued an anti-abortion position by citing the 14th Amendment's protections of life, liberty and the pursuit of happiness — a jaw-dropping answer, considering that is the exact section of the Constitution on which the Supreme Court based its landmark Roe v. Wade decision. Naturally, as he spoke Koenig suddenly turned into a corncob, the sheer strength of his self-own mutating his skin to kernels and his limbs to stalks. Seriously though, who taught this guy to anti-abortion? Why would Koenig own himself so publicly? Is it because his brain is butter and his thoughts are salt? We've consulted the Constitution, and the reality is that Koenig isn't anywhere in there, so we can only guess.

SO CLOSE, BUT SO FAR: It was almost, mercifully, all over. We were a mere 1.25 million miles away from not having to worry about any of this — or, indeed, anything at all — when a humongous asteroid cruised past the Earth this past Sunday. The giant space rock, dubbed 2001 FO32, callously blew right by us at approximately 77,000 mph, according to NASA, sparing nary a thought about its capability to end an entire world’s worth of suffering once and for all. Clocking in at 3,000 feet in width, scientists say it’s the largest asteroid that will pass by our miserable planet in the year 2021, and it won’t circle back around to make an appearance again for another 31 years. In all likelihood we’ll have plenty more opportunities for extinction-level events in the meantime — especially if everyone agrees to keep ignoring climate change — but being that humankind has thus far proven itself surprisingly hard to wipe out when left to its own devices, our best bet might just be to keep our fingers crossed for 2052.