Rematches, Lopsided Victories in St. Louis Board of Aldermen Primaries 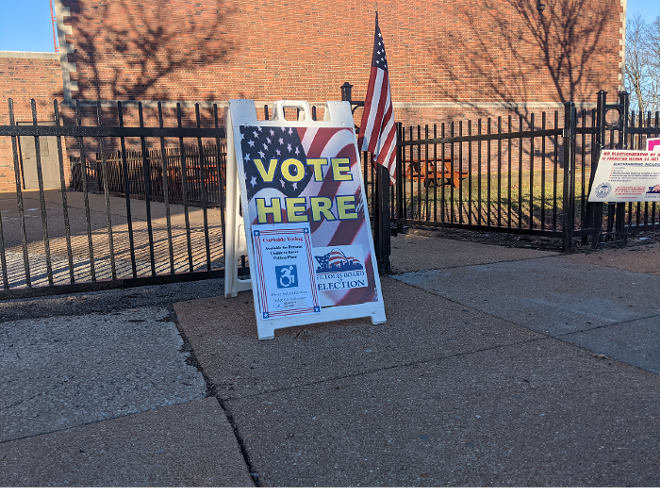 Sixteen of the city's 28 wards had primaries on Tuesday, and they took place under a new approval voting system. For the first time, party affiliations were stripped from the ballots and voters could pick as many candidates as they wished. The top two in each race advance to the April 6 general election.

Nine of the sixteen races featured just one or two candidates, which means most of those on the ballot Tuesday will move on. But the primary still served as an illuminating progress report in aldermanic campaigns where there's little polling data and where determining who's in the lead is about as scientific as counting yard signs.

One of those races sure to see more attention thanks to Tuesday's results is playing out in Ward 7 — a district that covers a swath of downtown and ranges south across a diverse mix of neighborhoods, including Lafayette Square, Peabody Darst Webbe, McKinley Heights and Soulard.

Incumbent Jack Coatar faces challenger Shedrick "Nato Caliph" Kelley in one of the two-candidate elections. Coatar was selected on 59 percent of ballots — a strong showing, but Kelley proved a viable long shot with a respectable 45 percent, according to unofficial totals. Running to the left of Coatar on issues such as police reform and tax incentives, the challenger is likely to pick up even more support from the more progressive wings of the Democratic party, especially those who see Coatar as too friendly with developers.

Green was selected on 74 percent of ballots, more than 1,000 votes ahead of Jennifer Florida who represented the ward from 2001 to 2014 when she was appointed recorder of deeds. This is Florida's second attempt to reclaim her old seat. She was picked on 31 percent of ballots on Tuesday.

Guenther had similar success against ex-alderman Ken Ortmann in Ward 9, an axe-shaped district that pulls in a chunk of the Cherokee Street district and runs south along the river. Guenther was selected on 70 percent of ballots, compared to 35 percent for Ortmann in the two-way race.

In the most crowded race of the primary, Alderman John Collins-Muhammad Jr. was the top finisher in a six-candidate race for Ward 21, a northside district that includes O'Fallon, Penrose and College Hill. In the general election, he'll face Laura Keys, who was picked on 38 percent of ballots, second to Muhammad's 59 percent and well ahead of anyone else.

All the incumbents did well enough to advance to April, but primary results signaled at least one potential upset. In south city's Ward 13, challenger Anne Schweitzer was picked on 69 percent of ballots, compared to Alderwoman Beth Murphy's 39 percent. It was a two-candidate primary, so both will move on and see if anything changes in the general election.

Here's the top two (or one in unopposed contests) in the rest of the Board of Aldermen primaries. The candidate with the most votes is listed first.