St. Louis Then and Now: Clayton-Tamm Neighborhood at Hampton and Manchester

February 11, 1839 - Commissioners were appointed to lay out the state road to the Village of Manchester originally...

The historic Clayton-Tamm neighborhood has always been a thing of beauty, but side-by-side comparisons show that the area we usually call “Dogtown” has retained plenty of magic over the past century.

A photo posted on the Vintage St. Louis & Route 66 Facebook page shows the view looking down on Manchester Avenue from Hampton Avenue around 1949. In modern times, this section of Manchester Avenue remains a bustling thoroughfare, with thousands of St. Louisans crossing that bridge each day.

What’s amazing, though, is how little the view from Hampton Avenue has changed since then. The trees are taller and the streetcars are gone, but the width and curve of the road appears to be exactly the same. 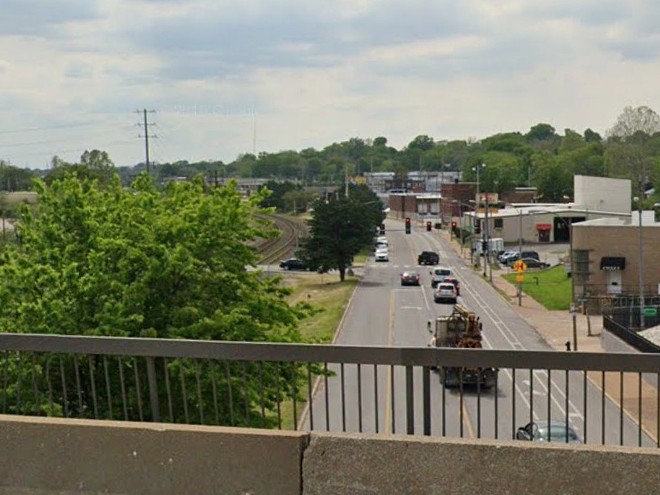 Even some buildings below the bridge remain untouched, like the building with the curved corner at the far right side of the old photo. There is still business being done in that building at 6123 Manchester Avenue — it’s the current home of Cycle 5 Bookkeeping, an accounting service.

This is caption on the older photo on the Vintage St. Louis & Route 66 Facebook page:

“February 11, 1839 - Commissioners were appointed to lay out the state road to the Village of Manchester originally authorized in 1835. Old Manchester followed present-day South Vandeventer Avenue to Kingshighway. From that point to Maplewood, it was renamed Southwest Avenue in 1916. Today’s Manchester Avenue north of the River des Peres was originally known as the Fox Creek Road. It became Manchester Avenue when the Pacific Railroad was constructed. (View is westbound on Manchester from Hampton about 1949)”


Just a few miles away from this spot that remains frozen in time, another area that we recently featured shows just how much time can change an area, too. The intersection of Vandeventer Avenue and Market Street was completely transformed by the addition of Highway 40 and is nearly unrecognizable when compared to its former self.