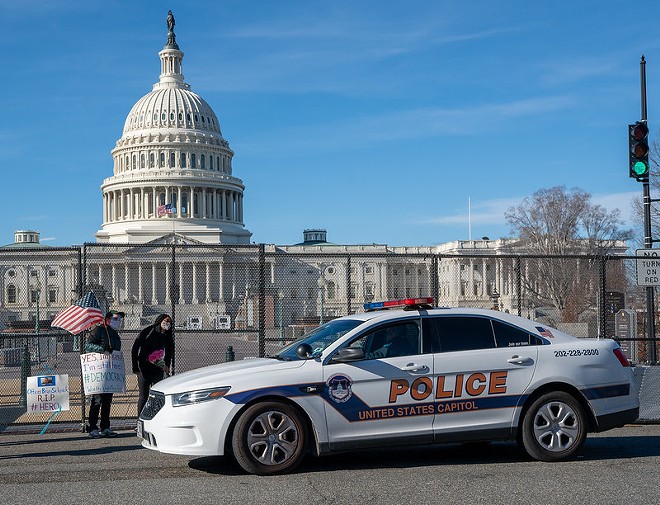 In late December, Nicholas Burton Reimler posted on Facebook a call from outgoing President Trump to come to Washington, D.C. for a January 6 rally.

In the comments, the 28-year-old University of Missouri engineering graduate seemed to be unsure about attending but quickly solidified plans.

He added that he was driving with "2 guys from work."

Federal prosecutors now say Reimler, who is from Cedar Hill in Jefferson County, not only attended the rally but took part in the deadly insurrection that ensued at the U.S. Capitol. He was charged today with two misdemeanors — violent entry or disorderly conduct and entry of restricted buildings or grounds — in connection with the riot. That makes him the eighth Missouri resident to face charges in the insurrection.

Court records with more details about the accusations weren't immediately available, but we'll update this post when they are.

Five people, including a police officer, were killed in Capitol siege. Pro-Trump extremists, which included members of white supremacist groups, swarmed the building, forcing members of Congress to temporarily halt the process of certifying Joe Biden's victory and take shelter.

The violent intrusion was widely recorded and photographed, often by the insurgents themselves, who posted images to social media. Federal investigators have been combing through those images, steadily arresting more and more people accused of taking part that day. So far, more than 230 people have been charged.