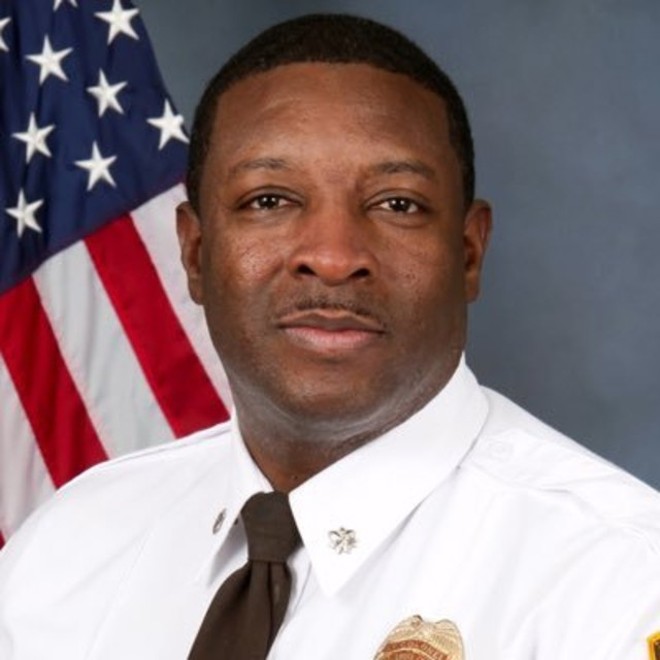 Doyle was considered a favorite to take over the department last year. In the suit against the county, he claims Page invited him to his house in 2019 and told him he was "the right person for the job," and making him chief would be "historic" and the "right thing to do."

A 29-year veteran of the department, Doyle was the only Black candidate to replace former Chief Jon Belmar who retired in April 2020. Doyle has an impressive resume with the county, working his way up through the ranks to hold a variety of leadership positions, including commanding the divisions of patrol, operational support and special operations at different times.

After the conversation at Page's home, the lawsuit claims, the county executive began trying to smooth the way for Doyle to become the next chief. Page told him to seek the blessing of St. Louis American publisher Donald Suggs and also to meet with his campaign manager Richard Callow and chief of staff Winston Calvert, the suit says. The charm tour also included meeting with former St. Louis police Chief Sam Dotson and Tom Irwin, who was a political consultant for the Centene Corporation, according to Doyle.

And Page instructed Doyle to meet with former Chief Justice of the Missouri Supreme Court William Ray Price and with attorney Michelle Schwerin, whom Page confided that he planned to appoint to the Board of Police Commissioners, the suit says.

It is the commissioners, not the county executive, who appoint the county police chief, but Page assured Doyle he was working to "pull this across the finish line," the suit says.

But as Page was stage managing the lieutenant colonel's rise through political circles in late 2019 and early 2020, Doyle says he was being undercut by then-Chief Belmar. Doyle claims Belmar rebuffed his recommendation in December 2019 to promote Lt. James Morgan, who is Black, to command the tactical operations unit, announcing shortly after that he was suspending all transfers.

But not all transfers were suspended. The suit says Belmar forced Doyle and a lieutenant colonel in January 2020 to trade places, moving the Black commander into a less prestigious post and elevating his white colleague in his place. Around the same time, a white lieutenant was tapped to take over the post Doyle had recommended for Morgan. Normally, the chief would have followed the advice of someone in Doyle's position, the suit says, but Doyle had run afoul of the chief by raising concerns about biases and discrimination.

By the time Belmar announced in February 2020 that he would retire in two months, Doyle says, Page's enthusiastic support for the lieutenant colonel's path to chief had begun to show cracks. The county executive was in the midst of campaign season. In January, he said he was getting "push back" to the prospect of a Black chief, according to the suit. Doyle claims Page on another occasion told him he had met with the St. Louis Police Foundation and was "shocked" by what one or two members said, likening the conversation to "living in the '60s" when the prospect of Doyle as chief came up.

The police foundation is an influential nonprofit, and the suit asserts that Page was struggling for campaign donations and needed its help. In February 2020, the county executive asked Doyle to try to persuade state Rep. Shamed Dogan, a member of the Missouri Black Caucus, to hit up donors to support Page, according to the suit.

Less than a month later, on March 19, 2020, the Board of Police Commissioners picked Capt. Mary Barton, who is white, as the department's first female chief. In years past, Barton wouldn't have been eligible, because her rank wasn't high enough, but the qualifications changed in 2020, the suit says. 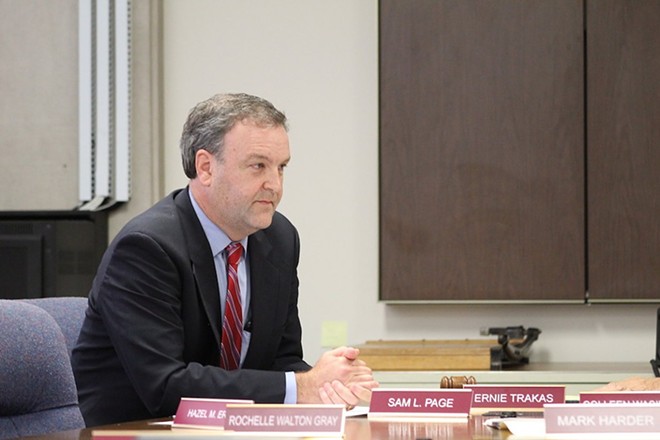 Doyle is accusing Page of bowing to pressure from the police foundation and another heavy hitter — what was then called Civic Progress and is now Greater St. Louis Inc. — to help select a white police chief. After Barton was announced, Page's fundraising got a boost from large corporations, according to the suit.

After Doyle was passed over for chief, he alleges that Page tried to "buy him off" with the offer of various jobs, including the possibility of creating a new director of public safety position that would oversee the police department. Doyle declined.

Doyle later agreed to serve as liaison to the consulting group Teneo, which was conducting a review of the department's operations. Doyle says Page had urged him to take the position and, when he accepted, said he couldn't "wait to see the faces of the two Civic guys" who asked the county executive what he was "going to do about the Black guy" and didn't want to see him as chief.

Doyle first announced plans to sue the county in July, taking the first step by filing with the Missouri Commission of Human Rights. He alleged racial discrimination and retaliation.

The move triggered a sharp reaction from the county at the time. Page's spokesman released a letter from the county counselor, accusing Doyle's attorney Jerome Dobson of trying to extort $3.5 million in exchange for not filing a suit that could potentially damage Page's election hopes. Dobson denied the accusation.

The Ethical Society of Police, which primarily represents Black officers in the county and city, has highlighted instances of racism in the county and criticized Chief Barton for her "remarkable ineptitude and lack of commitment to lead against racism." On Wednesday evening, the organization urged county residents to hold Page and the Board of Police Commissioners accountable.

In a statement, Ethical said, "This lawsuit by Lt. Col. Troy Doyle and the allegations within exemplify systemic racism at its highest levels leveraged by corporate backers and their foot on the neck of progress."