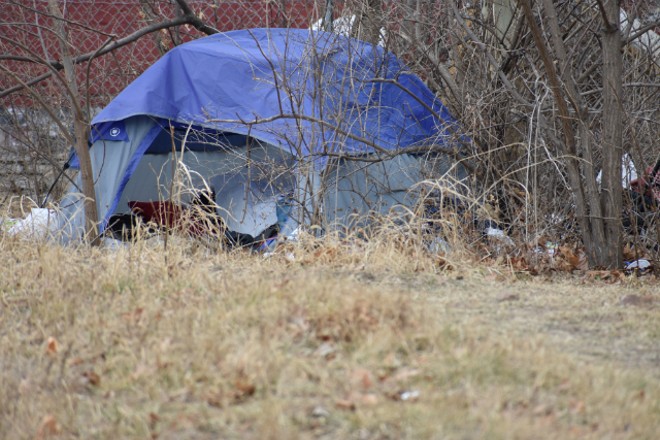 The Metropolitan Employment Rehabilitation Services (MERS) Goodwill is donating $75,000 in Goodwill vouchers to homeless shelters in Missouri and Illinois.

In an effort to provide relief to the growing unhoused population, MERS Goodwill sent thousands of $20 vouchers, which can be exchanged for clothing and other essentials, to shelters across the St. Louis region. The first round of vouchers, sent out the first week of February, totaled about $45,000. A second round of giveaways is still to come, which will bring the total donations to $75,000.

While the voucher program is familiar to the organization, this specific giveaway is above and beyond the typical community outreach provided by MERS Goodwill, all in hopes of helping the unhoused amidst a frigid winter and a pandemic.

“We know with the pandemic that it’s been hard on a number of people and that it’s created an even more difficulty for individuals who are homeless,” says Dave Kutchback, President and CEO of MERS Goodwill.

In the past, MERS Goodwill has offered resources to victims of domestic violence, people who are disabled, schools in low-income regions and people who have been incarcerated. With this particular project, however, their focus was on providing the unhoused community with clothes for job opportunities, housing programs or just the essentials needed to survive a St. Louis winter.

“Our mission really is helping people get into employment, because we believe that it’s so important for an individual to get a job and be able to earn their way and earn a living for their family,” says Kutchback, “We wanted to be a part of that solution.”

In the first round of voucher giveaways, each shelter was given double their bed capacity to ensure that every unhoused person was provided enough funds for necessities. The vouchers will be handed out on a need-based system by the shelters.

One of the ten selected shelters, Peter and Paul Community Services of St. Louis, plans on giving the vouchers to the people affected most by the pandemic first — visitors of their one-night emergency shelter in Soulard. Their typical bed capacity at this location was 60, but with COVID-19 safety guidelines in place, they had to reduce this number to twenty. Losing two thirds of their occupancy means a larger number of people forced to spend nights on the streets.

“Any opportunity to get a clothing voucher to get some affordable clothing will definitely help the folks out … Having clothing that is affordable and in decent condition is a must for them,” says Adam Pearson, Peter and Paul’s Chief Operating Officer.

Peter and Paul specialize in providing housing to men with mental illnesses and people who are HIV positive. Among their resources, they also have long-term supportive housing equipped with medical assistance and counseling for residents, a meal program offered at Peter and Paul Parish Hall, and even a club street soccer program for the unhoused called St. Louis Roadies.

The ongoing expenditure for their residents is affordable clothing, Pearson states. Many unhoused people make less than $1,000 a month, leaving clothing as an afterthought when making purchases. A lot of their visitors at the emergency shelter, for example, have foot problems from wearing worn-out shoes. He believes that many of these vouchers will help with new shoes for them.

After servicing their emergency shelter, Peter and Paul staff plan to grant vouchers to their longer-term residents on a need-based system. If someone has an upcoming job interview, is transitioning out of their housing program or just needs new clothing items, vouchers will be passed to them next.

“I’m very appreciative of the partnership and looking forward to seeing what we can do with these vouchers,” says Pearson.

With the first round of giveaways underway and a second round still to come, MERS Goodwill’s voucher program still has plenty more relief to provide for the unhoused population in St. Louis.

“As I grew up, certainly that was what I wanted to do — to help people. I’ve found a good match with Goodwill,” says Kutchback.