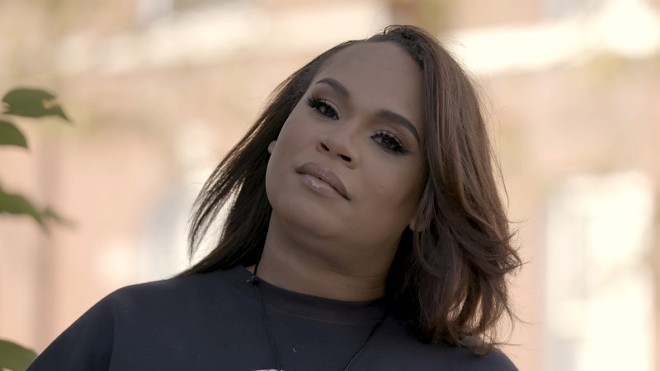 Whoever wins the race for St. Louis' next mayor needs to respect sex workers and make changes to decriminalize their jobs, a coalition of advocates say.

In an open letter, the MO Ho Justice Coalition called on mayoral candidates to commit removing the stigma and threat of prosecution for sex workers.

"If ever sex workers are unable to share information with their loved ones, health providers, lawmakers, and the general public without fear of criminal charges, we are not fully doing our part to keep people safe and end trafficking," the letter from the statewide coalition says.

So far, Treasurer Tishaura Jones has been the only candidate to include de-stigmatizing and decriminalizing sex work as part of her official platform.  In a St. Louis Post-Dispatch story on the issue, Alderwoman Cara Spencer said the city's "current punitive strategy isn't working well" but said she had not taken a position yet on decriminalization. In a phone call to the RFT after this story was published online, Spencer clarified that part of what she is researching is what legal authority St. Louis has given that prostitution is outlawed by the state. She added that she supports Circuit Attorney Kim Gardner's practice of not prosecuting people for prostitution but worries that could change in the future under a different prosecutor or city counselor.

The two other mayoral candidates, Board of Aldermen President Lewis Reed and businessman Andrew Jones, both rejected the idea of decriminalizing prostitution.

In its letter, MO Ho urged candidates not to conflate sex work with sex trafficking, which the group fights against. Even using "prostitution" as a blanket term ignores the wide spectrum of sex work.

In a report, State of The Hustle: Missouri Sex Workers Speak Out, the coalition and partners, including the ACLU, surveyed more than 150 sex workers across the state, who described the harassment and dangers they face as a result of law enforcement, outdated policies and stigma.

Aside from the threat of prosecution, the disdain for sex work that is built into legal and governmental systems has consequences that only became more exacerbated by the pandemic. The report notes sex workers were left out of aid packages, and access to health care and other services has always been a challenge. The problems are often worse for minority and transgender workers, who report high rates of harassment, violence and disenfranchisement.

"Sex work is real work," says one of the people surveyed for State of the Hustle. "The stigma around sex work and conflation of sex work with sex trafficking creates a lot of potential for people to be outcast and feel guilt and move into dangerous situations."

Along with decriminalization, the coalition wants the new mayor to work with city leaders and the St. Louis circuit attorney, "particularly as it relates to licensing owners to operate pleasure-oriented businesses (such as adult toy and video stores, strip clubs, etc.), the lack of which deeply contributes to sexual and professional stigmatization."

All the candidates should be willing to educate themselves, the coalition says, and recognize sex workers not as a problem, but their constituents.