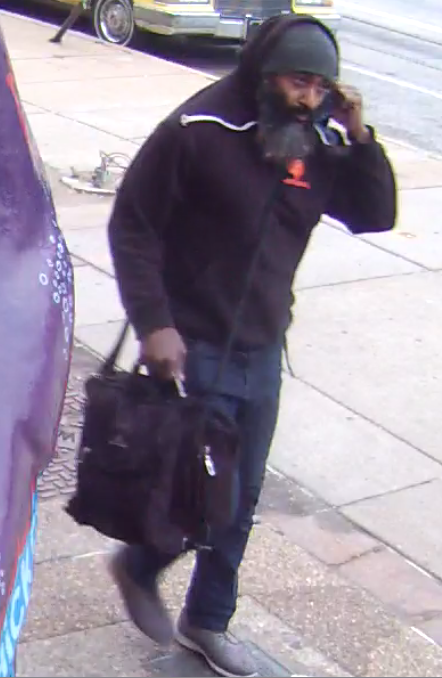 Update: St. Louis police say they now have a suspect in custody.

CrimeStoppers is offering a $25,000 reward for information regarding the fatal shooting of James Cook, a security guard working at the Delmar MetroLink station.

The non-profit organization, funded by private donations, posted the reward for anyone with information that leads to an arrest.

The shooting occurred about 10 a.m. on Sunday after Cook approached the shooter concerning a disturbance, authorities say. Cook, unarmed, was shot multiple times, including in the face. The shooter left the scene on foot, according to the St. Louis Metropolitan Police.

Cook’s family reports that he did not have life insurance. A GoFundMe was created yesterday by their church in hopes of helping cover mortgage and funeral expenses. By noon today, donations totaled more than $32,200 of the $100,000 goal.

SLMPD released a photo on Sunday night, asking for help identifying the suspect. He is described as a Black male in his 40s with a graying beard and mustache, above 6 feet tall and weighing about 150 to 160 pounds.

At the time of the shooting, he was wearing a gray sweatshirt with orange lettering under a black coat, a gray hat and a gator-style mask. He was carrying a black computer bag with a strap. Police reports state that he is armed with a pistol.

Employees working for MetroLink have cited concerns over safety measures in previous years. In regard to these worries, more police officers were stationed on trains. Still, security guards were not allowed to carry firearms, only mace and a baton.

Cook was a 30-year-old husband and father of two and resident of St. Louis County. He served eight years in the United States Marines, with one year in combat in Afghanistan, according to reports from his family.

After being honorably discharged a few years ago, he took jobs in law enforcement, including his position with a security company that assigned him with MetroLink.