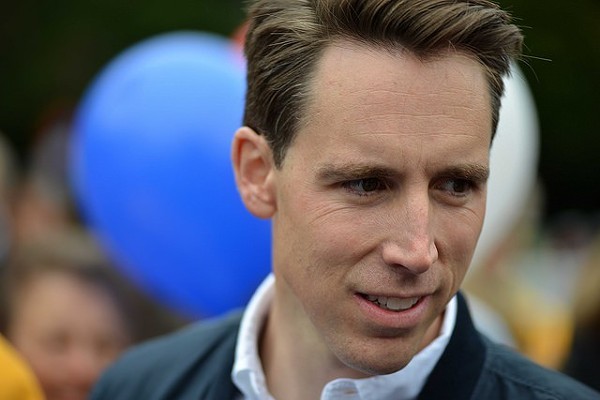 A retired Major General who spent most of the last decade leading the Missouri National Guard has tough words regarding U.S. Missouri Senator Josh Hawley's decision to block a chance to quickly confirm Alejandro Mayorkas as secretary of the U.S. Department of Homeland Security.

In a Medium post Monday, Stephen L. Danner, who retired from his role as Adjutant General of the Missouri National Guard in 2019, rebuked the junior senator for "putting America's national security and literally lives at risk during this pandemic."

Danner praised Mayorkas as an experienced leader respected by both Democrats and Republicans — Mayorkas, the son of Cuban refugees who fled revolution in 1960, is a former federal prosecutor who previously led the U.S. Citizenship and Immigration Services.

Danner described the position as both critical and "one of the toughest jobs in government." 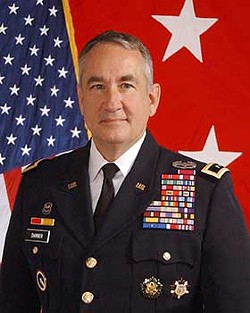 "Our country urgently needs a Secretary of Homeland Security in place to keep the American people safe," Danner's post continued. "There is longstanding, historical, and bipartisan precedent for a President’s national security nominee to be confirmed swiftly because the full Senate traditionally waives the rule that would require 30 hours of debate before voting."

But that longstanding tradition was scuttled by Hawley during a January 19 meeting of the Senate Homeland Security Committee. Instead of the unanimous approval required to skip the Senate's full vetting process and appoint Mayorkas in time for President Joe Biden's inauguration the next day, Hawley voted no, effectively delaying the confirmation process.

Prior to the vote, Hawley questioned Mayorkas about whether the nominee would still distribute funds appropriated by former President Donald Trump for the building of a border wall. (Biden has already revoked Trump's emergency order to fund the wall's construction.)

In response, Mayorkas told Hawley he would "execute President-elect Biden's commitment in adherence to the laws that guide us."

"What I would need to do is to understand what the law provides with respect to the obligation of funds to construct a border wall," Mayorkas added, "and then see what the opportunities are to discontinue any such obligations, if in fact the law permits, and act accordingly.”

Sen. Josh Hawley to Homeland Security Secretary-nominee Alejandro Mayorkas: "[Biden] intends to propose as early as his first day in office, so tomorrow, a plan for amnesty to up to 11 million illegal immigrants... Do you support mass amnesty on that scale?" pic.twitter.com/AkdFu78aSs


After the hearing, Hawley cited the exchange in a statement explaining his decision to block the speedy confirmation.

"Mr. Mayorkas has not adequately explained how he will enforce federal law and secure the southern border given President-elect Biden's promise to roll back major enforcement and security measures," Hawley said.

Still, with the U.S. Senate controlled by Democrats, Mayorkas is all but locked in for an eventual confirmation, thus making Hawley's decision to intervene an example of political obstruction that only makes sense in the context of defending Trump's disastrously cruel immigration policies.

"Instead of letting the Senate swiftly consider the nomination, Senator Hawley demands the Senate waste time and taxpayer money to spend unnecessary hours debating and delaying the confirmation vote," Danner wrote. "We call upon Senator Hawley to let the Senate do its duty, confirm Mr. Mayorkas and put the security of the country and our most vulnerable first."

In September, Danner was among a list of 489 retired national security leaders who signed a letter supporting Biden's candidacy and arguing that Trump "is not equal to the enormous responsibilities of his office."

However, while Danner's Hawley-related post mentions several examples of the crises underway in America, from the COVID-19 pandemic to cybersecurity to natural disasters, it does not mention the attempted insurrection and mob attack on the U.S. Capitol on January 6. The event has entangled Hawley due to his active role in empowering pro-Trump election conspiracy theories in addition to a widely-shared picture of the senator throwing a fist in the air in solidarity with the crowd not long before the rioters breached the capitol in search of lawmakers and Vice President Mike Pence.

On Tuesday, the Senate Homeland Security Committee convened to take up Mayorkas' nomination — which Hawley again opposed. Still, the nomination passed on a 7-4 vote.

It's not clear when the full vote will occur, though it could be as soon as this week, the Washington Post reports.