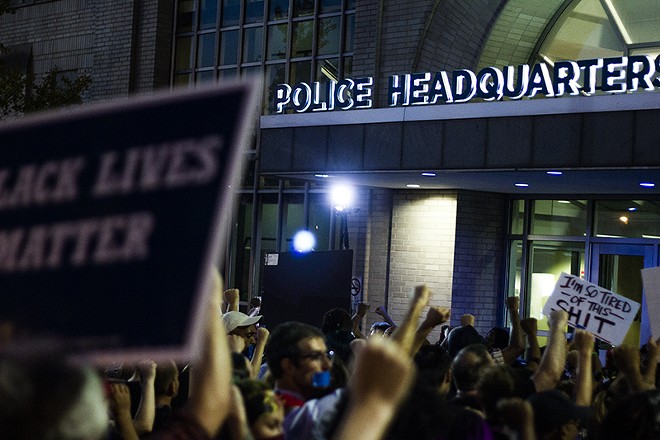 In St. Louis, tracking the year's homicide numbers is as simple as checking the department's website, but tracking what researchers at civil rights law firm ArchCity Defenders define as "fatal state violence" — corresponding to the number of people who die in jails or killed by police officers — is a task that requires sifting through available police records, media reports and lawsuits.

That labor is behind the data released in ArchCity's new report, "Death by the State," which tracks at least 179 fatal incidents between 2009 and 2019 in St. Louis, St. Louis County, Jefferson County and St. Charles County.

The report notes the limitations of its data, from the lack of a national database on police and in-custody killings to lack of responses from some police departments. 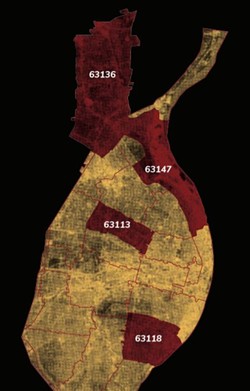 Among the report's findings:
It wasn't just the in-custody deaths or police killings tracked in the report, but the officers who were involved. While the report notes that the real number is likely far higher, it connected the names of 80 officers to the fatal incidents. Six officers were involved in two incidents.

Over the same ten-year span, two killings involving on-duty cops have led to convictions and prison sentences for the officers involved, though in the case of ex-St. Louis officer Nathaniel Hendren the charges came after he killed a fellow officer in a game of Russian roulette; the second case involved Andrew Ringeisen of the Overland police, who in 2011 fatally pushed a man down a flight of stairs.

The report isn't entirely devoted to numbers. It also features the challenges faced by the grieving families of those who die at the hand of police or in jails.

During a presentation of the report tied to the observance of Martin Luther King Jr. Day, relatives of several people killed by police spoke about the impact on their lives. Among them was Marlene Gebhard, whose twenty-year-old grandson, Tyler Gebhard, was killed by an off-duty police officer in 2016 in the midst of what appeared to be a mental health crisis.

Gebhard described the anguish of being ignored by police investigators and, later, the painful meetings with lawyers who saw her loved one's death only in terms of six-figure fees and media appearances.

"I come from a family of ten police officers," Gebhard said. "And I can't stress enough how this changed me and my view of the system."

The full report can be read on the ArchCity Defenders website: "Death by the State: Police Killings and Jail Deaths in St. Louis."