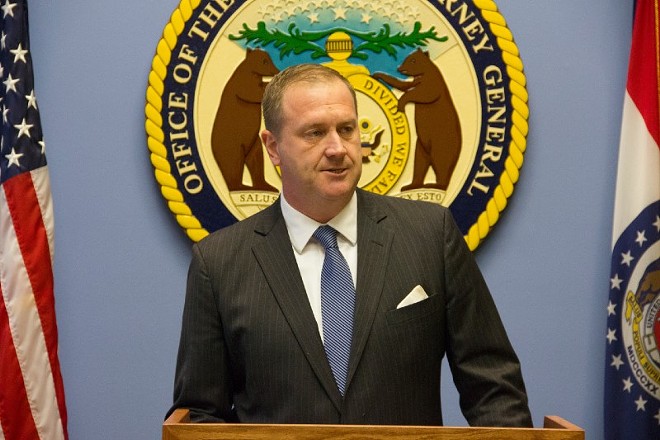 "Missouri is in the fight," Schmitt tweeted.

He and the Republican attorneys general for sixteen other states then filed a brief in support of Texas Attorney General Ken Paxton's lawsuit against Pennsylvania, Michigan, Georgia and Wisconsin. It was a day of Twitter high fives for Trump backers still propping up the narrative that Joe Biden had lost an election he won decisively.

But before the day was out, ex-U.S. Senator John Danforth and other old guard GOP heavyweights had filed their own brief, bashing Schmitt's argument that the U.S. Supreme Court should override individual state's authority to handle their own elections.

"Plaintiff’s Motions make a mockery of federalism and separation of powers," Danforth's brief said. "It would violate the most fundamental constitutional principles for this Court to serve as the trial court for presidential election disputes."

Paxton's lawsuit rehashes Trump's false claims of voter fraud in those battleground states, though it adds a new twist in arguing that the changes those states enacted to make it easier to vote during a pandemic undercut votes in Texas, which went for Trump.

"Election integrity is central to our republic," Schmitt said in a statement. "And I will defend it at every turn."

In reality, there is no evidence that the integrity of the election was challenged. Trump has lost more than 50 cases so far in courts across the country, failing to offer proof of what he continues to claim was a stolen election. Even U.S. Attorney General William Barr has now said there is no evidence to support the idea.

Paxton, who has been fighting a criminal indictment for alleged securities fraud since 2015 and is now under investigation by the FBI after his own deputies accused him of corruptly helping a donor, points to record numbers of absentee ballots as a sign that the results can't be trusted.

And while it is technically true Texas is not Missouri, and that Pennsylvania, Michigan, Georgia and Wisconsin are, similarly, not Missouri, Schmitt has signed onto the idea that the possibility of mass voter fraud (which did not actually happen) hurts Missouri, which Trump won with 57 percent of the vote. He claims that makes for a controversy among multiple states and grounds for the U.S. Supreme Court to intervene.

Not so, says Danforth.

The "jiggery-pokery" line is particularly Republican insult — a term that conservative Supreme Court Justice Antonin Scalia used to ridicule his colleagues instead of just calling them deceitful or underhanded.

The rebuke from Danforth, now a partner in law firm Dowd Bennett, isn't exactly shocking. Regarded as one of the Republican party's elder statesmen, he has often decried the slide of the GOP toward the extremism embodied by Trump — even while ignoring the conflict in championing culture warriors such as Sen. Josh Hawley and ex-Governor Eric Greitens.

But Danforth's scolding is unlikely to deter Schmitt who has eagerly chased headline-making cases through his position as the state attorney general. It was Schmitt after all who sued China earlier this year on behalf of Missourians.

That suit argued that China was responsible for the wreckage of the coronavirus on the state. The Chinese government took a different tact than Danforth — it simply didn't answer Schmitt's petition. Lawyers from the Missouri attorney general's office are still working on that one.