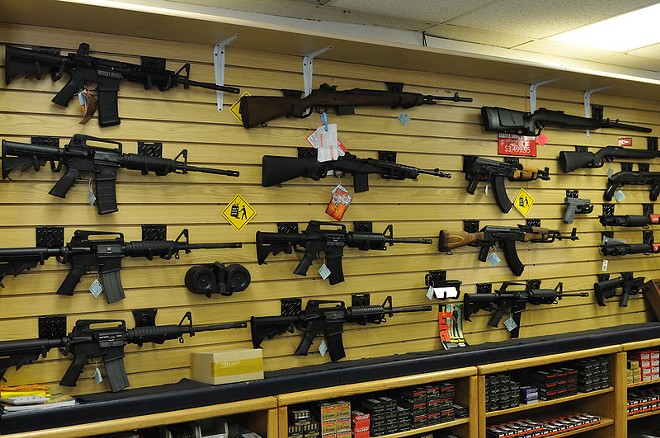 Missourians have been stocking up on firearms at record rates during the pandemic.

The FBI had already conducted more 576,000 background checks for gun sales by the end of October, well over the nearly 498,000 during the entire year of 2019. With two months to go before 2020 ends, the state could hit more than 690,000, which would easily be the largest number of background checks in the more than two decades the FBI has on record.

The number of background checks doesn't have a perfect correlation with sales. For example, it doesn't account for private sales, for which Missouri doesn't require background checks. But it's a strong indicator of the trend in buying weapons — and it tracks with the coronavirus' entry in the state.

Background checks had been up slightly in January and February compared to last year, but there was a major spike in March. That month, the FBI ran 76,262 checks. That was 27,557 more than the month before and nearly 25,000 more than March 2019 — a 48 percent increase.

March was 2020's high point, but the numbers have outpaced 2019 each month by the tens of thousands.