Cop Charged in Beating Was Investigated for Sexting On Duty 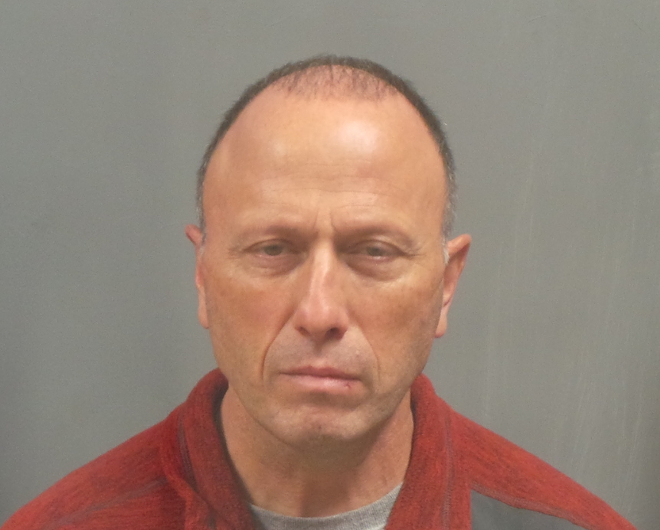 The officer, 55-year-old James Daly, is also the unnamed subject of an October report by KMOV which covered the outrage around a De Soto police officer's Halloween display that featured a graveyard and cross with the epitaph, "Here lies Michael Brown, a fat ghetto clown."

The Halloween display led to an internal investigation by the De Soto police department. The results of that investigation haven't been made public, but the Jefferson County Sheriff noted in a news release on Wednesday that Daly's job with De Soto had ended prior to him being charged in the alleged assault.

It wasn't the first time the public had complained about the veteran cop's behavior. 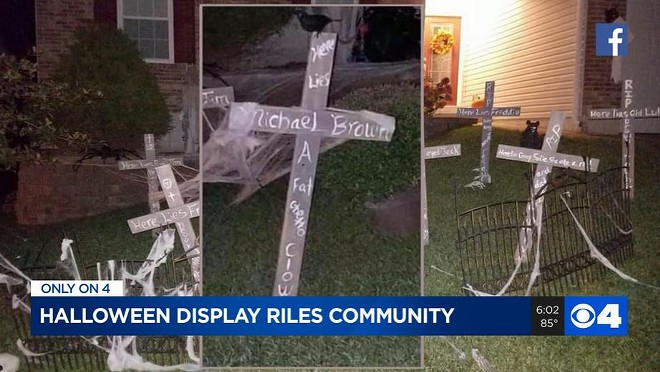 Daly became the subject of a misconduct report for "Alleged Conduct Unbecoming of an Officer" and was interviewed by the department's Internal Affairs division on December 12, 2018. In an email Monday, SLMPD spokeswoman Evita Caldwell said the department can only confirm Daly was employed there from 1999 to 2019.

"We would not discuss the results of an internal matter unless the investigation led to criminal charges," she wrote. "As such, we do not have anything further to provide."

This week, Jefferson County Sheriff's deputies arrested Daly and two other officers in connection to the beating of an unnamed victim during the "post-arrest booking procedure" at the De Soto Police station on September 30.

The handcuffed man said he couldn't breathe while Daly was pressing his head into the bench. (Or, as the police report-jargon describes it: "Through investigation, it was discovered a statement was made by the victim indicating while James [Daly] was holding his throat, the victim's airway was restricted.")

During the beating, a second De Soto officer, Bethany Zarcone, "struck the handcuffed victim in his groin area with her knee," investigators say.

The probable cause statement doesn't describe the evidence behind the charges in detail or whether the incident was captured on video. However, it notes De Soto officer Allayna Campbell took "numerous digital photographs" of the arrested victim but deleted them after the incident.

Prosecutors in Jefferson County have charged Campbell with tampering with physical evidence, a misdemeanor. Both Zarcone and Daly are charged with felony assault in the third degree.