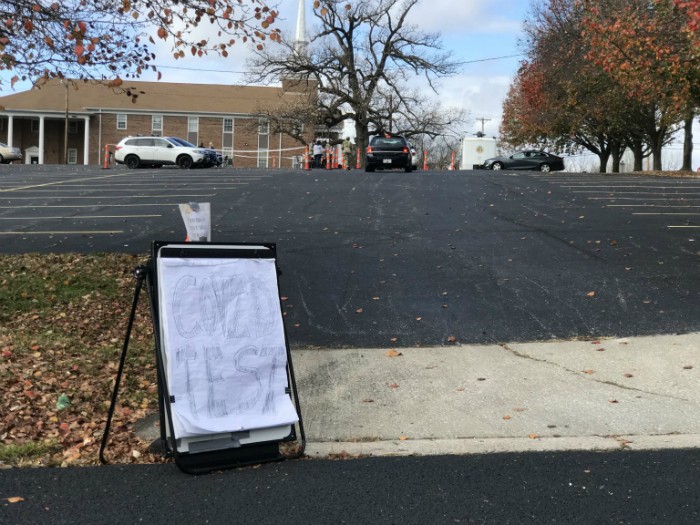 This story was produced and originally published by the Missouri Independent.

Cheryl Rodarmel’s love and enthusiasm for the job she’s held for the last 28 years as a rehabilitation nurse is waning.

Before the pandemic, she often spent her days at Research Medical Center in Kansas City helping patients recover after strokes or getting them ready to return back to their lives that had been interrupted by surgery.

Now, no day is certain.

Will she watch COVID patients battle for their lives? Will she once again have to advocate for her hospital to implement stronger protections for her coworkers? Will it be the last day before she sees another fellow nurse leave?

“It’s very much an emotional rollercoaster and I find that I think it’s a big frustration for me, because my patients deserve and expect that I will be there. And I want to be there,” Rodarmel said. “But at the same time, there’s that, ‘God, I wish I was closer to retirement age than I am.’ Because if I could, I would.”

On Thursday, a record 4,603 new cases pushed the state’s seven-day average above 4,000 per day for the first time.

As of Wednesday, 2,413 patients were hospitalized for COVID-19 according to the state’s dashboard — a nearly 48 percent increase from the 1,632 hospitalized Nov. 1.

As cases and hospitalizations hit all-time highs, both in Missouri and across the country, hospitals, officials and healthcare workers themselves are warning that staffing is stretched thin.

On Tuesday, MU Health Care had nearly 80 employees out who have been diagnosed with COVID-19, a spokeswoman said. Since the pandemic began, Rodarmel says she’s watched too many colleagues leave for other jobs because of the stress.

Nurses who are testing positive for COVID — but are asymptomatic — are being required to come in to help fill shortages, said Heidi Lucas, the state director for the Missouri Nurses Association.

Hospital systems have begun to delay elective procedures to make room as COVID wings are full. But extra beds will only go so far if healthcare workers aren’t available to staff them.

“An analogy would be, I could have 100 buses, but if I only got one driver, I got one bus,” Garza said during a briefing last Friday. “The rest are just taking up parking spots.”

Lucas said the burnout level among nurses on the frontlines is “exceptionally high” as they see typically healthy patients decline rapidly.

“Watching them die alone — and really being the only person in the room with them,” Lucas said. “They hold a lot of hands and are with people during their last breaths. And that doesn’t have to happen.”

“The challenge of caring for COVID patients is about keeping our staff safe,” said Mary Beck, the chief nursing officer for MU Health Care.

Lucas said some nurses across the state must use their own time off to stay home and away from work if they contract COVID-19.

“It’s exhausting and those that have become sick, they’ve run out of sick time,” said Julie Long, a family nurse practitioner and the board president of the Association of Missouri Nurse Practitioners.

Rodarmel, who is Research Medical Center’s chief nurse representative with National Nurses United, and nurses from other KC-area hospitals protested at the start of May for better protective equipment. And it wasn’t until this month, Rodarmel said, that Research Medical Center committed to no longer having staff decontaminate and reuse face masks.

Christine Hamele, a Research Medical Center spokeswoman, said in a statement Friday that the hospital has taken steps to connect staff with mental health resources and that its focus has been on ensuring staff have personal protective equipment.

“This includes our universal masking policy, consistent with CDC guidelines, that has been in place since the end of March and requires masks for everyone in patient care areas and N95 masks for those treating a COVID positive patient having an aerosolizing procedure,” Hamele wrote.

Beck said at MU Health Care, N95 respirators are decontaminated and reused at least six times. While N95 masks are ideally discarded after each patient encounter, the Centers for Disease Control and Prevention outlines a decontamination process in order to reuse them when necessary.

“We can reprocess them,” Beck said. “And that’s, we believe, the right thing to do, because there was such a shortage in the spring.”

In 2019, Missouri healthcare professionals saw a combined turnover of 19.8 percent statewide, according to a Missouri Hospital Association survey. And that was before the pandemic.

Dave Dillon, the spokesman for the Missouri Hospital Association, said it’s difficult for hospitals to bolster their workforce quickly, especially when hospitals nationwide are in need of staff.

Some hospital executives or employees in administrative roles who are registered nurses, have been transitioning back to working with patients. At MU, Beck said nurses who don’t typically care for patients bedside are also being asked to step in and help. For Jeff Tindle’s staff at the 25-bed Carroll County Memorial Hospital, that’s already been the norm.

“We’ve had an open position in respiratory therapy for months and months and months, as have most hospitals,” said Tindle, CEO of Carroll County Memorial Hospital. “There’s just not enough people.”

On a call with Parson and state health department Director Randall Williams late last month, Tindle described facing a “transfer crisis” as hospitals in larger metros refused to accept patients because they too were full.

Dillon said hospitals are even facing a “log jam” to get patients out of hospitals and back to places like nursing homes. And as the length of their stay increases, “that’s a bed that’s occupied that can’t be occupied by someone else.”

Citing declines in revenues, hospitals across the state have laid off and furloughed hundreds of staff, from administrative assistants to nurse practitioners.

In May, MU Health Care laid off 32 workers after canceling 70 contracts for traveling nurses. Over 1,300 employees were affected by furloughs and cuts at Mercy’s St. Louis and Springfield’s hospitals in May.

Stopping elective surgeries was the right thing to do to help “flatten the curve,” but it created challenges, Bethany Pope, a spokeswoman for Mercy wrote in an email Wednesday. Staff were offered to be reassigned if possible, furloughed employees were rotated and former employees were reached out to when positions became available, Pope said.

“Our response included cross-training nurses and other co-workers to help care for COVID patients as much as possible, but we still faced the need to furlough as well as eliminate some positions,” Pope said. “Very few bedside and other frontline nursing positions were eliminated.”

To ensure sufficient staffing levels at Research Medical Center, Hamele said additional nurses from outside the Kansas City area have been brought on, including volunteer nurses from its sister hospital, Tulane Medical Center in New Orleans, who will begin working shifts this weekend.

Ultimately, hospitals said the answer to stemming staff shortages is to drive the transmission rate down. And to achieve that means Missourians must limit their interactions, follow hygiene protocols and wear a face mask in public.

“At the end of the day, whether a patient has made responsible choices or not, they are of course going to care for that patient,” said Heidi Geisbuhler Sutherland, the Missouri State Medical Association’s director of government relations, “and give their all to make that patient feel better.”

Editor's Note: This story was updated after publication with additional comments and information.