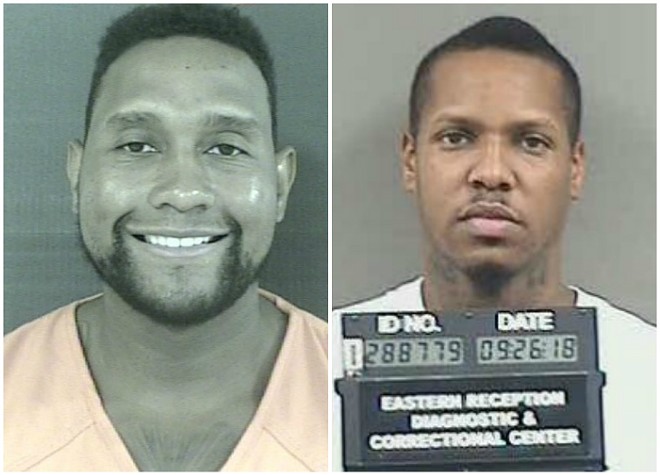 A fourth person has been indicted in the murder-for-hire case against James Timothy "Tim" Norman of Sweetie Pie's.

Norman is accused of setting up his twenty-year-old nephew Andre Montgomery to be killed in March 2016. The two both appeared on the reality show Welcome to Sweetie Pie's and are members of the family behind the famed Sweetie Pie's restaurants.

In August, the shocking case was unsealed in federal court, revealing accusations that Norman enlisted an exotic dancer named Terica Ellis to lure Montgomery outside of a home in north St. Louis where he was gunned down. Prosecutors from the U.S. Attorney's Office say Norman had secretly taken out a life insurance policy on his nephew in the years before the killing.

The new indictment alleges a Mehlville man named Travell Hill was part of the plot. The 29-year-old, whose criminal record includes trespassing and drug convictions but no violent crimes, is charged with murder-for-hire and conspiracy to commit murder-for-hire. Hill's role isn't clearly defined in court papers, but prosecutors say phone records show he was involved in the circle of conspirators who plotted to kill Montgomery. The plan started with Ellis sending messages to Montgomery, promising to meet up with him in St. Louis.

Using a burner phone, Ellis contacted Norman and Hill on March 14, 2016, and told them where to find Montgomery, authorities say. The phone's GPS data showed she was near Montgomery along Natural Bridge when he was shot that night, according to the indictment. She called Norman, who'd immediately flown in from his home in Los Angeles after the shooting. He drove her back to her home in Memphis.

Over the next couple of days, Ellis deposited $9,000 in various bank accounts, the feds say. Norman is also accused of arranging a $5,000 cash payment to Hill on March 16, 2016. Prosecutors say Hill was recorded speaking to an unnamed person in a jail the same day about the money and Montgomery's killing.

Norman and Waiel "Wally" Yaghnam are also charged with conspiracy to commit wire and mail fraud. Yaghnam, a former music producer who worked with Nelly, was Norman's insurance agent and helped him fake the paperwork to take out life insurance policies on Montgomery, according to the charges. Yaghnam was also charged with five counts of aggravated identity theft tied to the case.

Norman tried to cash in $450,000 policies after orchestrating his nephew's murder, authorities say.

Hill is scheduled for a detention hearing on Friday.