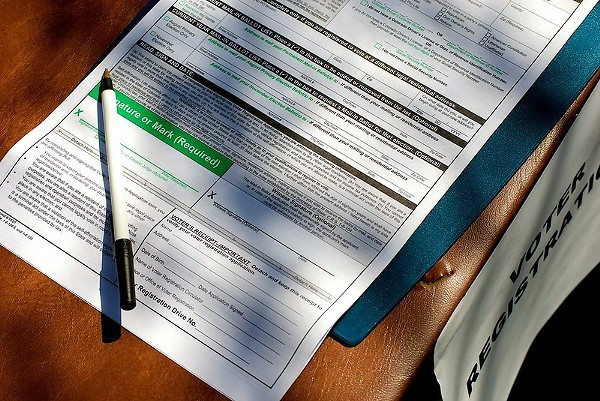 An unnamed election judge supervisor in St. Charles who showed up to work on Election Day after testing positive for COVID-19 has died, the county's health department announced Thursday.

In a press release, the county said that while "a cause of death has not been given at this time," health officials are now attempting trying to track the worker's activities after a private test came back positive on October 30. The worker was told to quarantine for fourteen days, the county learned, but the worker "nevertheless failed to follow the advice" and served as an election judge supervisor at the county's Blanchette Park Memorial Hall polling site.

Epidemiologists are working with the family members of the deceased poll worker, the press release continued, "to determine the worker’s whereabouts prior to the positive test results."

The possible contacts include nine election workers, who have been advised to get themselves tested for coronavirus. Considering the worker was a supervisor, the press release noted, "It is not anticipated that close contacts will include any of the 1,858 voters who were at the polling place Tuesday."

In a statement, Kurt Bahr, St. Charles' director of elections, said all election workers were "mandated to wear masks or face shields at all times" — a directive that represents a change in policy, as in September the county explicitly told its election workers they did not have to wear masks. The county went as far as encouraging their maskless workers to "act surprised" if a voter challenged them on their lack of health protections.

Reached for comment on Thursday, St. Charles spokeswoman Mary Enger said election workers were, in fact, required to wear masks on Election Day. She explained "there had a been a question" on whether election workers are considered county employees under the terms of St. Charles' limited mask mandate, which requires employees to wear masks while inside county-owned buildings.

Ultimately, Enger said, the election workers "were included in that requirement that they wear masks."

Thursday's press release quoted St. Charles County Director of Public Health Demetrius Cianci-Chapman, who cautioned, “As this virus continues to spread, all aspects of the healthcare system are working together to remind the community that a positive COVID-19 test result requires that person to be responsible to others in the community."

Cianci-Chapman's statement continued, “There is no more important duty than protecting the health of our families, friends and those who reside in the community with us."

People who voted at the Blanchette Park polling site are being advised to watch for COVID-19 symptoms and contact the St. Charles COVID Hotline at 636-949-1899.

Editor's note: The story was updated after publication to add clarification and a statement from St. Charles spokeswoman Mary Enger.