All the Weird Voting Questions that You May Have, Answered 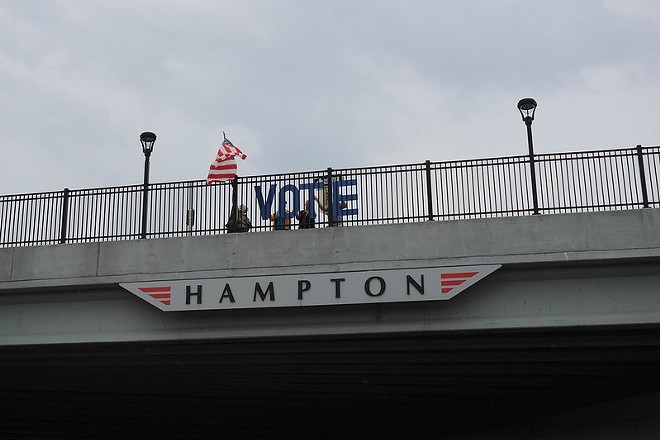 Election Day is less than a week away. If you haven't already, now is the time to make your plan. We're here to help with answers to those nagging questions.

What do I need to bring to my polling location?
In Missouri, you only need to bring one piece of identification with you to your polling location. You must have one of the following:
• an ID issued by the state of Missouri
• a U.S. Passport
• an ID issued by a local election authority
• an ID from a Missouri University, college, vocational, or technical school
• A current utility bill, bank statement, paycheck, government check or other government document that states the name and address of the voter

How are "poll watchers” different from "poll workers”?
At your poll location, you can expect to see both poll watchers and poll workers. Despite their similar titles, their roles are different in very specific ways.

Poll workers are citizens who make sure the voting process goes smoothly for all voters in attendance, answering any questions that they may have and giving ballots to registered voters. Each poll worker is affiliated with a political party, or some may be designated as “unaffiliated,” and there are an equal number of representatives for each political party at a polling location.

Poll watchers, on the other hand, are representatives of a candidate, party, or ballot issue committee at a polling location that ensure their interest has a fair chance of winning the election. Poll watchers are identified and approved weeks prior to election day and may keep track of voter turnout for their individual or committee. Poll watchers can keep a lookout for voting machine malfunctions, long voting wait times, or errors made by poll workers. In many states, poll watchers are not allowed to directly interact with voters at all.

What may be surprising to some voters is that posting political signs or vehicles bearing political signs near the polling location may be considered electioneering. A sign with respect to any candidate or question to be voting on in the election cannot be within twenty-five feet or the building’s outer door closest to the polling location. Any of these offenses could earn you a year of jail time or a fine of $2,500.

Just to be on the safe side, make sure your vehicle does not bear any political signage before heading to the polls on November 3.

Can I have my phone out in the voting booth?
The answer is yes! While some states have odd rules about phone usage at polling places, Missouri and Illinois are not on that list. You are allowed to have your phone out in the polling location and even in the voting booth. Last-minute research on candidates and ballot measures is better than no research, just don't be disruptive or try to film or photograph others.

Do I have to wear a mask to vote?
While voting locations will be socially distanced, masks are still required in many counties around St. Louis. Although, as Missouri itself doesn’t have a statewide mask mandate, counties are allowed to be flexible with their mask policies.

St. Louis county is enforcing strict mask policies on election day. Voters must wear a mask to cast their ballot and will be provided one at their polling location if they don’t wear one in. St. Louis city’s poll workers will be wearing masks, but for voters, masks are only (highly) encouraged. The city Board of Elections won't refuse an eligible voter the right to vote, so if they do not wear a mask to a polling location and won't accept the offer of a mask then "an isolated location will be provided to the voter to cast his or her ballot separate from other voters wearing masks.".

Some counties, on the other hand, have already decided masks aren’t necessary for poll workers, let alone voters. We’re looking at you, St. Charles.

Can I wear my political party’s apparel to my polling location?
While Missouri has electioneering restrictions on political signs posted on your vehicle, it's unclear if you are allowed to wear your "MAGA" or "Ridin4Biden" shirt to vote on November 3. If you're dying to wear political gear to the polls on Election Day, the best advice we can give is to check with your local election authority first.