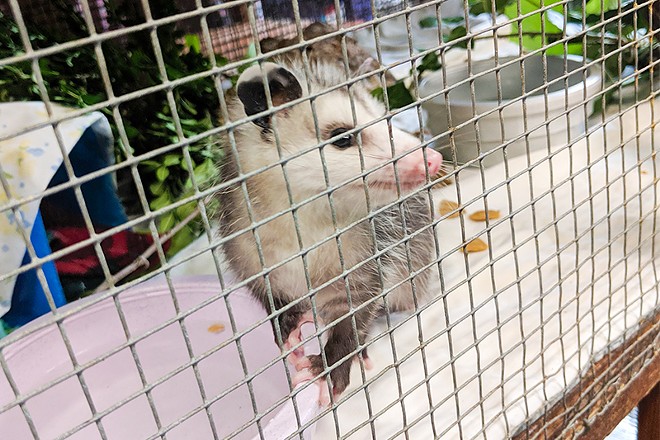 An opossum that was discovered "impaled" on a stop sign in St. Louis on Tuesday has sparked an investigation by the Humane Society of Missouri's Animal Cruelty task force.

Investigators are now in the process of gathering details about the incident, spokesperson Jean Jay told the RFT this morning. The animal's body was recovered from a stop sign about two blocks south of Tower Grove Park, at Juniata Street and Morganford Road.

"It's deceased. We are looking into the situation," Jay said. "We're just not sure of the what, why or how at this point."

Opossums are weird-looking but harmless animals who spend their lives devouring basically anything they can put in their mouths, including ticks, rotten fruit, dead animals, snakes, snails, grubs, beetles, mice, rats, and gophers. They're also resistant to rabies, and, according to the Missouri Department of Conservation, serve as an "important part of the ecological web" by keeping the environment "tidy."

Anyone with information about the incident is encouraged to call the Humane Society's Animal Cruelty Task Force hotline at 314-647-4400.