Video: Man Steals Phone From Jogger Who Collapsed and Died 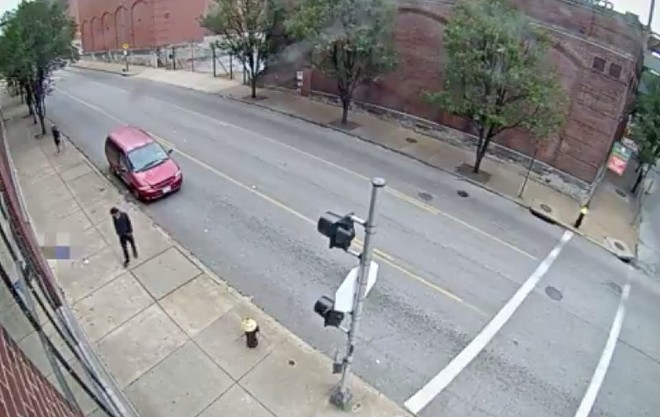 St. Louis police have released a video of a man who stole a phone from a woman who collapsed during a run in south St. Louis. The woman later died.

Shortly after 1 p.m. on Sunday, the 64-year-old woman was lying on the sidewalk in the 1200 block of Lynch Street, next to the Anheuser-Busch brewery, when the man pulled up in a red minivan. A video shows him pacing around a half circle around her. Police say she was unconscious at the time.

The man eventually crouched down and, police say, grabbed her cell phone. The red minivan was parked nearby at the curb, and the man walked swiftly to the driver's side, hopped in and drove off.

Someone did call for help at 1:13 p.m. EMS workers arrived and took the woman to the hospital, but it was too late for her. She was pronounced dead at the hospital.

Police are now looking for the man in the red van. They ask anyone with information to call detectives in the department's Third District at 314-444-2500.