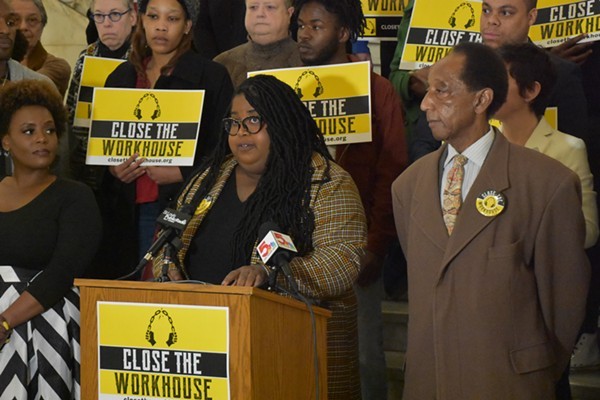 Action St. Louis’s #WokeVoterSTL campaign has reached out to 23,000 St. Louis residents to help register and educate them on ballot issues for the upcoming general election. The goal is to expand that number to 50,000 by election day on November 3.

The grassroots racial justice organization's executive director Kayla Reed says registration and mobilization are the two keys to the campaign’s mission in a collective effort to fight for the interests of the community.

Started by Ferguson activists, Action St. Louis has become a political force in recent years. Its work on the Close The Workhouse campaign led to St. Louis aldermen passing a plan earlier this year to close the Medium Security Institution in St. Louis, and it's been active in major local races.

Its #WokeVoterSTL campaign launched in 2016 as a year-round effort to get more more people engaged in the political process, work that has included hosting candidate debates and voter drives. The campaign focuses on majority Black areas in St. Louis, aiming to provide education to “build community power and strengthen black political participation in local, state and federal elections.”

Reed highlights the importance of the governor and secretary of state races for this year’s election, two races in which the Republican incumbents face strong challengers. Missouri Governor Mike Parson is challenged by State Auditor Nicole Galloway, the Democratic nominee. Secretary of State Jay Ashcroft faces St. Louisan Yinka Faleti, a West Point graduate who served as executive director of Forward Through Ferguson.

Reaching out to speak with residents means knocking on people’s doors and making phone calls. The canvassers hit 8,000 homes and the callers made 15,000 dials as of the first week of this month. Reed says her team centralizes most of its efforts in neighborhoods in north city, north county, Jennings and some areas of south St. Louis.

Washington University’s Center for Social Development Director of Voter Access and Engagement Gena Gunn McClendon says it is harder to vote in many Black and poor communities in St. Louis than non-Black and affluent areas. McClendon authored a September 2019 report titled “Will I be Able to Cast My Ballot?”, which studied poll locations in the November 2018 election based on race and poverty level.

Results showed that an area’s racial makeup was associated with voting process issues. Longer lines, higher frequency of machine breakdowns and less accessibility for people with disabilities are a few forms of voter suppression the study outlines.

“I can’t say there’s a particular reason that it happens, but it happens,” McClendon says.

Race alone does not explain voter suppression. Low income also plays a role in which polling places function well and which ones don’t. In 2018, nearly 27 percent of the city’s Black population lived in poverty according to the U.S. Census Bureau. The white poverty rate in St. Louis stood at about 7 percent for the same year.

McClendon says it is too early to tell if voting conditions have gotten better in St. Louis because a major election has not taken place since the 2018 study. One thing McClendon says the city improved upon is its openness to receiving assistance from community organizations that want to help people vote.

McClendon says she hopes that organizations like Action St. Louis can help create a culture of voting. The people voted into office, she says, have a direct impact on community issues like safe streets and minimum wage.

McClendon points to the youth of the Action St. Louis team as an advantage in the fight for voter access.

“The work that I do may not connect with a 25-year-old,” McClendon says. “But what Action St. Louis is doing is more likely to connect with a younger person.”

Reed says Action St. Louis will continue the #WokeVoterSTL campaign through election day on November 3. McClendon says she hopes the conversation can continue after the election so local organizations can continue to work together.

Reed says a perfect scenario for this year’s election would be better voter turnout, residents using mail-in and absentee voting and preventing COVID-19 as best as possible.