When Aja La’Starr Owens, 39, wakes up in the morning in her Jennings home, a long day of serving her community awaits her.

Whether it’s her position as a councilwoman for the city of Jennings, a director for various community groups or as a children’s book author, Owens is dedicated to making her hometown a better place.

Jennings is not an easy city. The median household income of $32,383 is 40 percent lower than that of the state, and the violent crime rate is among the worst in north St. Louis County. Owens is one of the many who are dedicated to change this narrative of her city.

For her, it all started when she returned home after graduating college.

“I started really paying attention. All these abandoned homes used to have families living in them,” she says. “When I realized it’s not like that anymore, I thought to myself ‘What more can I do?’”

Running for office was never the plan for her. As an artist, she couldn’t imagine herself in a political career — until 2019. Owens decided that a creative mind may be exactly what her city needed.

A year later, Owens spends her days dealing with the nuisances in hopes of making everyday life better for Jennings’ residents. Whether it’s traffic, neighbor noise levels, stray dogs, dumped trash, or unmanned lawns, Owens is able to work one-on-one with her community to fix problems around the city. With the rest of her day, she gives workshops on trauma and wellness to residents as part of her work with nonprofit organizations.

Even after her workday has ended, Owens still has her community at the back of her mind. What originally started as a stress reliever after long days at work, has now become a career for Owens.

In her "free time," Owens writes children’s books, filled with stories about kids of all different backgrounds. She particularly believes it’s important to highlight the experiences of kids of color, who don’t typically see themselves represented in media. The subject matter for the books is directly inspired by Owens’ childhood in Jennings and the family that supported her in creating them.

“Growing up in our family was like the ‘village mentality,’” she says. “Everybody played a part in our upbringing; it was all about being kind and respectful to people.”

Watching her mom cook dinners for families in need and visit patients in the hospital is where Owens says she learned her compassion. “That was the root of who I am. It was how I learned how to be of service to others,” she says.

Owens similarly learned from the hardships of living in Jennings. “Sometimes in our community, we experienced trauma,” she says. “We always were able to use our writing as an escape.”

“I’ve seen some of the conditions that kids are exposed to, and they’re around a lot of trauma. When I think about my community, especially right now, we’re in an area where there’s a lot of crime, abuse, neglect, homelessness,” she says, “When I consider the stories I write, I have those kids in mind.” 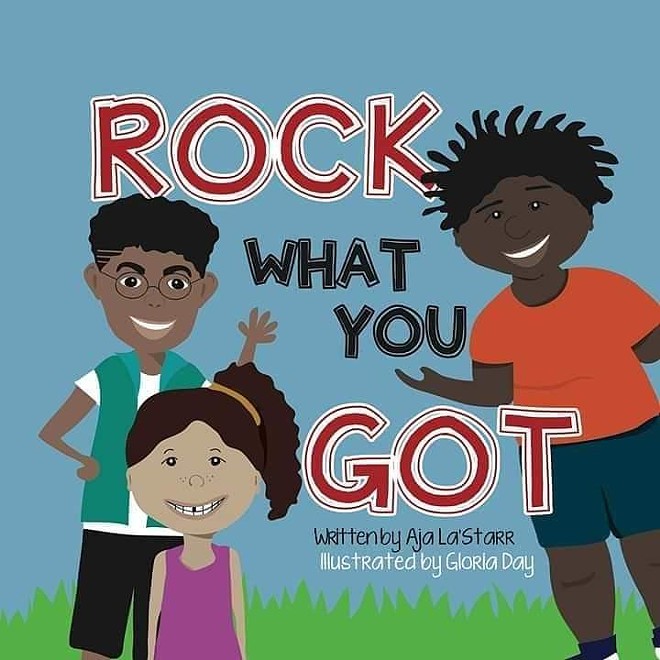 Owens’ first children’s book, Rock What You Got, is based on a poem she wrote for herself about loving the skin she was in, a story that has resonated with many of the children who read it, she says.

“I’ve dealt with depression and mental health issues, so it was an affirmation poem that I wrote for myself to love who I am — to tell myself to embrace my differences,” she says.

Today, Owens has published eleven books. Knowing that purchasing them may be a barrier for some children, Owens and her sister have donated copies to shelters and daycares around the city. They want to assure that any child that needs the stories' message will receive it.

“It’s really important to me to pour back into the very community that poured into me,” she says.

No matter how she applies herself in serving her city, Owens works every day to make this vision a reality.

“Jennings will always hold a special place in my heart,” she says, “We’re warriors — that’s our mascot. We really hold true to that.”