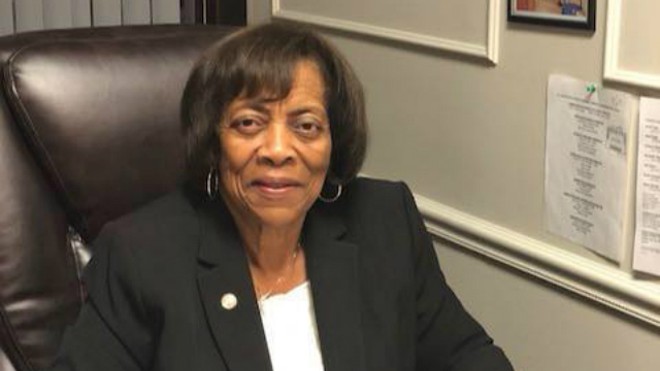 Hazel Erby, the ex-St. Louis County Councilwoman ousted from her job as the county's director of diversity, is suing the county.

Page had hired Erby as the County Director of the Office of Diversity, Equity and Inclusion in 2019. He had just replaced the disgraced Steve Stenger, who was about to plead guilty to federal felonies in a corruption case. In Erby's suit, her attorneys at Silverstein Wolf note that in the past the senior county council member — Erby, in this case — would have been installed as interim county executive, but Page leapfrogged her during an emergency council vote.

She was the lone council member to oppose appointing him as interim county executive, and her hiring was widely seen as a bit of political fence-mending.

But Erby says in her suit she was reluctant to take the job, and only agreed because it was an opportunity to advance work she'd championed on the council to diversify county contracts.

Once in the director's job, however, Erby says Page cut her out of the process for awarding county contracts and willfully ignored the county's obligations under Minority and Women-Owned Business Enterprise legislation.

The suit alleges Page retaliated against her for calling out the county for underfunding her office and failing to hire enough minority and female contractors. That was glaringly true of the temporary morgue, according to Erby.

At the start of the pandemic, the county partnered with other local governments to begin building the massive facility to handle the dead if local morgues and hospitals were overrun with coronavirus victims. The county's share of the costs was $1.13 million, which should have included jobs for a significant number of M/WBE contractors, but less than $1,000 went to businesses owned by minorities or women, the suit says.

Erby claims Page kept the project secret from her.

"Plaintiff only learned about the temporary morgue from local media," the suit says.

She claims she complained multiple times to Page, who allegedly told her she would be involved in contracting and he wasn't going to "deal with that" when it came to enforcing M/WBE laws the county had established.

We've reached out to Page's spokesman for comment and will update this story if we hear back. (Update: Spokesman Doug Moore says they don't comment on pending litigation.)

Erby was fired in August and filed a complaint with the Equal Employment Opportunity Commission of the Missouri Commission on Human Rights, alleging race discrimination and retaliation.