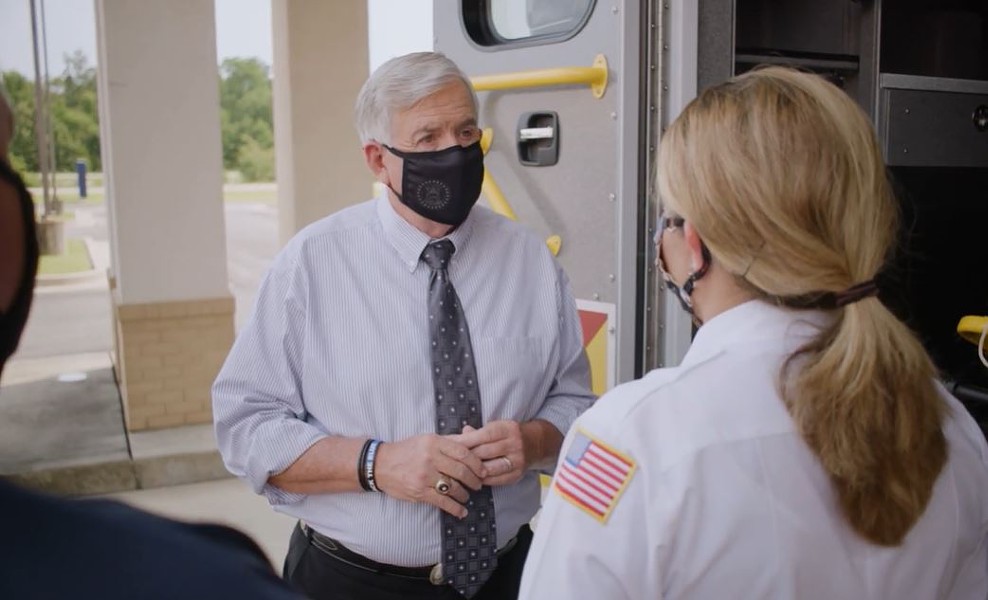 Two months ago, a maskless Gov. Mike Parson faced a Sedalia crowd with a message of dismissal for a statewide mask mandate, saying "You don’t need government to tell you to wear a dang mask" — a notable statement, since, in the coming weeks, the federal government would attempt to tell him just that.

And not just once. According to official documents obtained by the Center for Public Integrity, the White House's Coronavirus Task Force has been telling Missouri since at least August that the state's cases are spreading at alarming rates and masks would help prevent further transmission and death.

In fact, creating some kind of statewide mandate has been featured as the number one recommendation on three separate task force reports going back to August 30, a time when Missouri had the country's tenth highest rate of new infections.

"Community transmission continues to be high in rural and urban counties across Missouri, with increasing transmission in the major university towns," the August 30 report's recommendations began. "Mask mandates across the state must be in place to decrease transmission."

Despite the forceful language, Parson ignored the guidance. One week later, on September 6 — by then Missouri's rate of new infections had climbed to seventh-highest in the country — the White House task force again urged Missouri's dang government to exert itself as schools began to reopen.

The language was softer, but the point remained the same: The task force report advised Missouri to "require masks in metro areas and counties with COVID-19 cases among students or teachers in K-12 schools."

One week passed. On Sunday, the task force released its latest report on Missouri, finding the state has climbed to the fifth-highest rate of cases in the country, with 101 or more new cases for every 100,000 people. (The national average is 86.)

Yet again, the report subtly altered its mask-related recommendation at the top of its list, a kind of textual bargaining that transitioned from describing a mask mandate as a "must" to an explanation of basic pandemic morality.

As health experts in Missouri and elsewhere have repeatedly attempted to explain, masks mandates exist to protect people whose bodies are least capable of fighting off the virus, and even if you, a healthy person, personally don't experience serious symptoms, your grandparents or immunocompromised loved ones may suffer a much different fate.

And while Parson has refused to act on those recommendations, he sure does appear to understand them. As noted by the Kansas City Star, one of Parson's latest campaign ads, titled "Quarterback," features a masked Parson talking to masked health care workers while in the background a St. Francis Healthcare System executive praises him for leadership that "made a difference for hospitals everywhere."

That version of Parson is quite different from the image he presents at public gatherings and campaign stops. On Monday, Parson — i.e. Missouri's coronavirus "Quarterback" — flatly rejected the task force mask recommendations, because, as he explained it to KCUR in Kansas City, it just isn't the state's job to tell local counties to establish mask mandates.

Just days before, over the weekend, Parson had appeared at a campaign rally in Springfield, where he spoke on an indoor stage, maskless, alongside multiple elected officials.

On Wednesday, Parson announced that both he and his wife have tested positive for coronavirus.