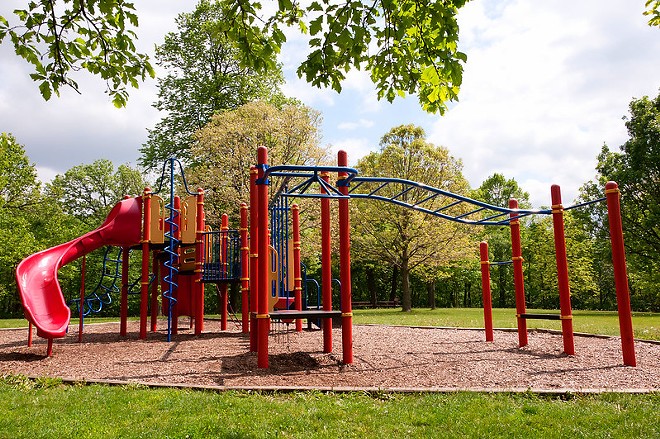 The parks will follow CDC guidelines, with signage around the areas telling visitors to maintain six feet of social distance, stay home if sick, wash their hands and wear a mask — except for children while playing. The parks' hours will be limited to 8 a.m. to dusk daily, and visitors are encouraged to limit their trips to the parks in order to lessen usage of the equipment. In addition, the playgrounds will be sanitized several times a week, according to the county Parks Department.

In the background of this decision, lies the controversy of reopening high school sports.

The battle over whether fall sports should be allowed has been a hot topic since before the start of the school year. Advocates for resuming games argue that the students deserve the sense of normalcy and structure that comes from sports, given the unusual circumstances of this school year. Others feel both in-person classes and contact sports are too big of a risk for students to take.

While a slow reopening of the state is still underway, critics argue the order of this process is flawed. Roughly 200 protestors showed up outside of Page's house last weekend, shouting “Let them play” and demanding that he allow high school sports to begin their seasons.

The protestors claim the county has been inconsistent in setting COVID-19 restrictions. Bars and restaurants have been able to open with limited capacity and hours, while student-athletes are still prohibited from competing. But the county says it has seen a troubling number of cases among adolescents, tracing five clusters to student-athletes. In recent weeks, according to a news release from the county, more than twenty student-athletes have tested positive, although it's not clear if they contracted the virus during sports or social activities.

Closing the parks in early April didn't bring out protesters, but it was controversial. At the time, Page and the parks department said it was necessary to slow the spread of the coronavirus. The county eventually began reopening the parks in batches in late April and May, but playgrounds remained closed.

The seven-day average for positivity rates in the county has dropped sharply since the worst days of the pandemic in mid to late April, according to county statistics. The number of coronavirus-related deaths has also fallen from highs in April and May.

Since the beginning of the pandemic, the county has reported more than 25,000 positive tests and 780 deaths.