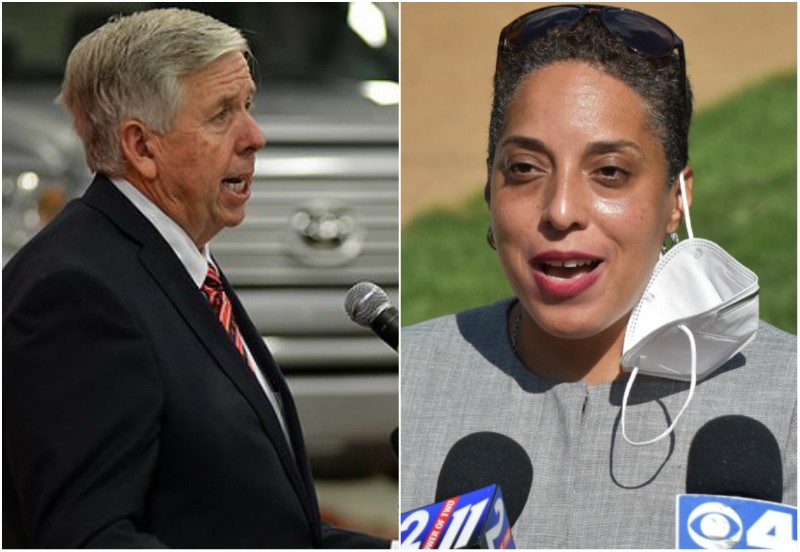 The House closed the veto session today without even taking up legislation for "concurrent jurisdiction" that would have stripped Gardner of some of her decision-making power as a prosecutor.

Parson had pushed a handful of measures on state legislators for a special session, claiming they would combat violent crime. That originally included changes that would have provided a new path for charging as adults kids as young as twelve, repealing a St. Louis rule that required cops to live in the city for their first seven years, bump up penalties for selling guns to juveniles and create a witness protection fund.

He later tacked on a measure that would have let Attorney General Eric Schmitt take over murder cases that Gardner hadn't charged within 90 days or that had been charged and dismissed. As justification, Parson and Schmitt blamed Gardner for what they claimed was a backlog of murder cases. However, as we reported in an August 26 cover story, the vast majority of open murder cases are open because police hadn't arrested anyone, not because of anything Gardner was or wasn't doing.

Parson has targeted Gardner repeatedly in recent weeks as criticism of his handling of the coronavirus has sharpened and he has tried to amplify a law-and-order campaign message. Often, the attacks focused more on who she charged than any open cases. When Gardner charged Mark and Patricia McCloskey with gun crimes after they confronted nonviolent protesters marching past their Central West End mansion, Parson joined with President Trump, Senator Josh Hawley and Schmitt in blasting the case as a political prosecution.

In a radio interview, he said he would probably pardon the couple if they were convicted.

His push for concurrent jurisdiction passed the Republican-controlled Senate during a controversial overnight vote, but it ran into trouble in the House. The House majority is also Republican, but representatives faced an uncomfortable battle with county prosecutors, who vocally opposed the effort. In a lot of counties, Republican prosecutors hold just as much political sway with voters as a representative, and the Missouri Association of Prosecuting Attorneys had released a blistering statement against winnowing away Gardner's power.

The association called the proposal "unprecedented" and a "miscarriage of justice."

So when it came time to decide on the proposal during today's veto session, House leadership chose not to touch it, dooming it to failure as the session closed. Had it passed, it would have targeted only prosecutions in the city, leaving the powers of more than 100 prosecuting attorneys across the state intact.

Now that the measure has failed, decisions to issue or not issue murder charges in city cases will remain with the circuit attorney.