With No End to COVID-19, Restaurants Find New Ways to Succeed 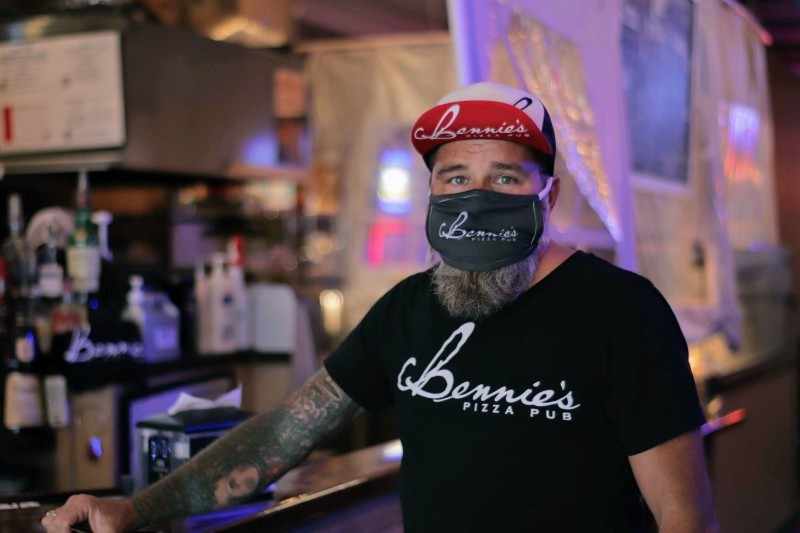 Bennie Parr, Jr. brings in more revenue to his restaurant today than he did before the COVID-19 pandemic began ravaging the industry in March. His pizza-by-the-slice concept stopped working well so he began to sell a hot ticket item: toilet paper.

Parr branched out from his usual business model at his restaurant, Bennie’s Pizza Pub (618-416-0019; 124 E. Main St., Belleville, Illinois), just to give customers a reason to stop by. He sold the toilet paper at cost during a time when shelves were bare.

That type of creativity has led to an increased number of sales for Parr in 2020. He opened Bennie’s Pizza Pub in 2018 based on a dine-in concept but changed operations to fit the state’s COVID-19 guidelines in a way that still showed dollar signs. Parr says it has become extremely stressful, but he keeps his mind on what motivates him.

He went beyond selling basic household products by collaborating with other local businesses. A local movie theater and an ice cream shop put some of their stock in Parr’s restaurant to still have the chance to sell their products.

Parr says the combination was a perfect fit.

“You can watch Netflix (with) a pizza, popcorn and ice cream,” he says. “It was an easy solution for dinner and a movie.”

Parr serves up massive slices of pizza such as the Hawaiian Hog, the restaurant’s No. 1 selling pizza. Its base is Sweet Baby Ray’s barbecue sauce and is topped with pulled pork, pineapple, Canadian bacon, jalapeño, bacon and red onions.

Bennie’s Pizza Pub also offers a variety of mixed drinks and salads. When his customers couldn't visit as much during the first wave of shutdowns, they helped out by buying thousands of dollars worth of gift certificates. 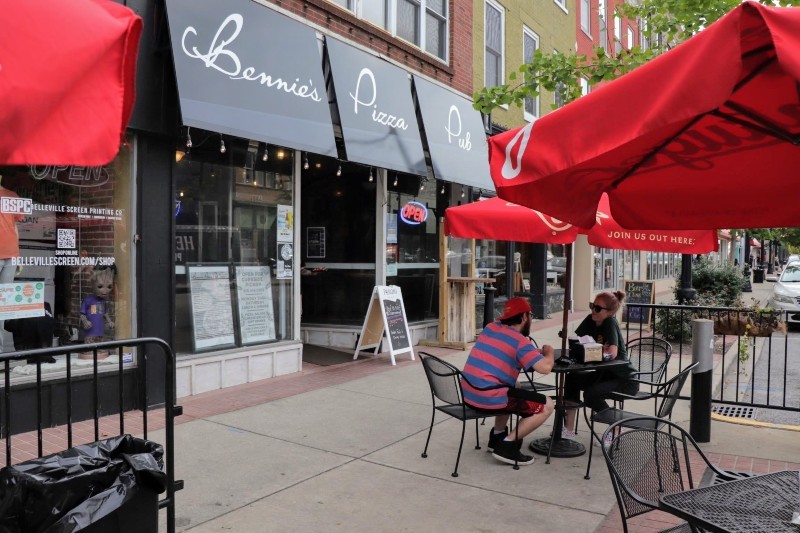 Brandon McGraw, a friend of Parr’s and owner of Signature Tap House (618-589-9393; 51 Lincoln Highway, Fairview Heights, Illinois) did not have as much time to build a client base before the March shutdown. He opened on February 1, giving him little more than a month to introduce the atmosphere of his business to the area.

“We were helping them as much they were helping us,” McGraw says. “And that’s how we kind of got through like two months.”

McGraw wants to open two more Signature Tap House locations in west and south St. Louis County once operations are back to 100 percent. His Fairview Heights location currently offers about 60 craft beers, specialty drinks and Americana food that’s all made fresh in-house. McGraw has used some of his guests to taste new items to see which ones work for the menu. That’s one way he uses the current times to his advantage, he says.

Parr and McGraw both make an effort to keep the experience of going to their restaurants an authentic one.

The drinks at Signature Tap House, McGraw says, are best experienced at the restaurant. He described it as a hangout as well as a place to enjoy food and drinks.

For Parr, the experience lies three-quarters of a block from the kitchen where his pizza shop has expanded outdoor seating. Parr says he co-books bands for the weekends with fellow local eatery Copper Fire.

The new seating comes at cost to Parr’s business. In addition to the $1,500 monthly rent for an outdoor tent, his staff has to walk farther to tend to customers. A waitress’s iPhone tracked ten miles of walking in a five-hour shift the first day of the expanded outdoor seating.

McCann says he hopes the colorful chairs on the patio will attract people to try his blend of southern and St. Louis cuisine. He was upbeat about the first month of business. “They love the food and the customer service,” McCann says.

McCann, born and raised in St. Louis, learned his cooking skills from his southern family. He serves gumbo and sweet potato curry but maintains his St. Louis roots with gooey butter cake.

He says sales have been consistent despite not being able to allow customers to dine inside.

Parr stresses the help from his customers during 2020 on how he maintains profit.

“We couldn’t do it without the customer base and the community coming in to support us,” he says.