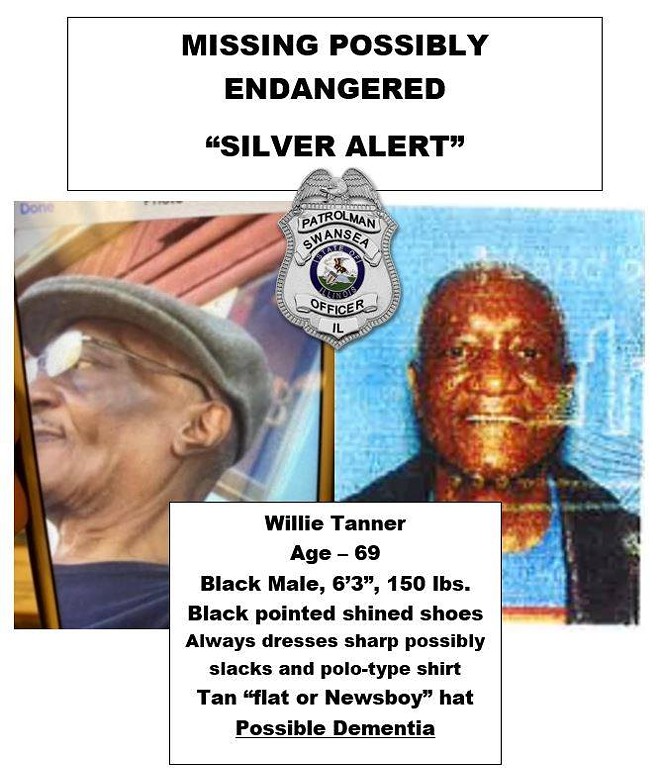 A worker at a Metro East nursing home lied to police about the disappearance of an elderly dementia patient who was later found "barely conscious" in a ravine, authorities say.

Bridgett Williams, a 60-year-old certified nursing assistant at Cambridge House of Swansea, told investigators that she checked Willie Tanner's vitals on Monday morning and when she returned with his breakfast, he was gone, Swansea police say.

In reality, Tanner had already been missing for hours, police say. The 69-year-old, described as a sharp dresser whose typical wardrobe included polished shoes and tan newsboy cap, was recorded late Sunday night on a business' security footage as he walked north of the nursing home. 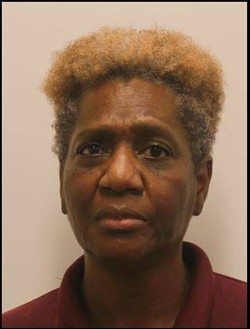 A search involving multiple police and fire departments, drones and search dogs eventually led to his discovery on Tuesday in Fairview Heights. In a statement posted to Facebook, Swansea police Chief Tim Johnson said Tanner was in a steep, rocky ravine when he was finally rescued. He was transported to a hospital where he was reunited with relatives, who thanked first responders for their help.

"Her false story led first responders the wrong direction during the time-sensitive search events while trying to save a man’s life," Johnson said in the statement, adding that other employees at Cambridge House were "extremely helpful."

On Thursday, St. Clair County prosecutors charged Williams with a felony count of criminal neglect of a long term care facility resident. She was booked into the county jail and is now free on a $20,000 bond.

The Illinois Department of Public Health shows she's been listed as a licensed health care worker for more than three decades.