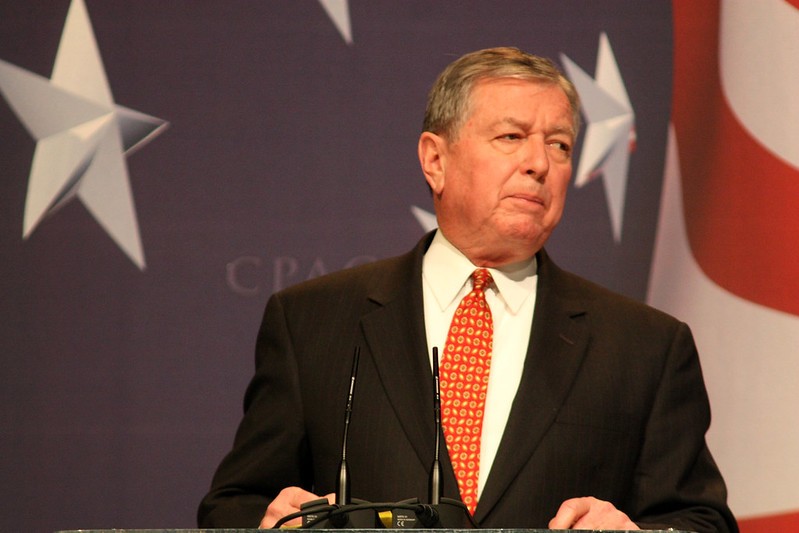 You’ll never guess who has decided to try to strike it rich as one of those greedy plaintiff trial lawyers against whom Republicans have long waged war in the name of tort reform.

Why, it’s none other than John Ashcroft.

Yep, John Freaking Ashcroft. The former extremely conservative Missouri senator, governor, state attorney general and U.S. attorney general has thrown in with the plaintiffs seeking to defend one of the largest judgments in U.S. history: A $2.1 billion verdict against Johnson & Johnson over its talcum powder having caused them ovarian cancer.

All the way back to his first term as governor, Ashcroft signed a medical malpractice law — early in the legislative session, February 3, 1986 — that limited “non-economic” jury awards to $350.000. Non-economic awards included those given for pain, suffering, mental anguish, disfigurement, physical impairment and loss of capacity to enjoy life, according to wire service reporting.

Not sure what the legal fees look like if the plaintiff’s legal team prevails, but any percentage of $2.1 billion can buy one a whole lot of religious artifacts, or whatever stuff one buys after a lifetime of crusading for morality. And, of course, opposing liberal Democratic trial lawyers.

Missouri Lawyers Weekly first reported the story, noting “The case already has garnered the interest of a number of outside parties who have sought to file amicus briefs, including the Federation of Defense Corporate Counsel, the Chamber of Commerce of the United States of America, the American Tort Reform Association and the Missouri Chamber of Commerce and Industry.”

Imagine their surprise to see the old champion of tort reform dropping in for the plaintiffs.