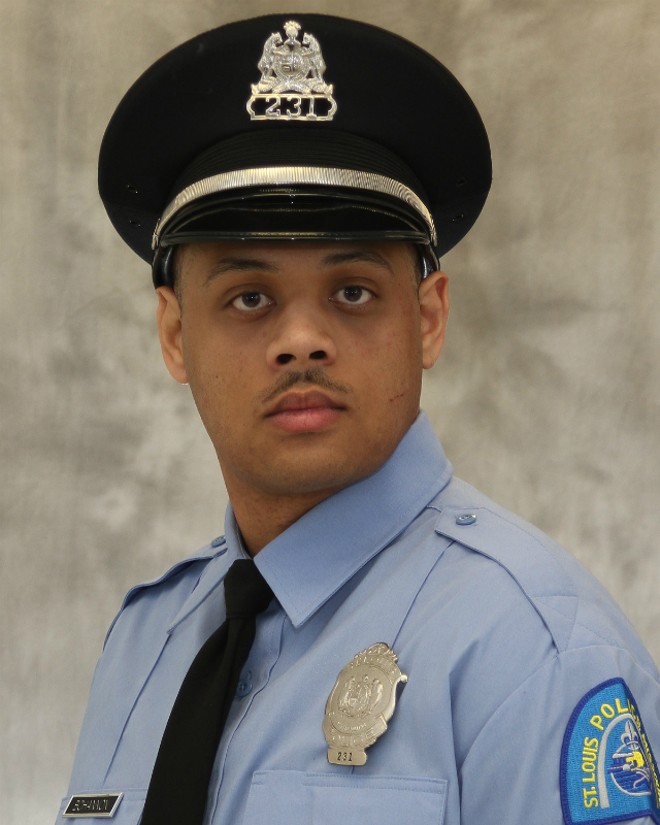 A St. Louis police officer who was shot on Saturday evening by a man barricaded in a Tower Grove South home has died, police confirmed tonight.

Officer Tamarris Bohannon, 29, had responded to a report of a shooting when he was shot in the head. A second officer was shot in the leg before fellow cops were able to pull them out and race them to the hospital.

Bohannon was critically wounded, police Chief John Hayden told reporters on Saturday night outside St. Louis University Hospital. But police were holding onto hope the officer, who has been on the force for three and half years, would pull through. Tonight, police announced that he didn't make it.

"It is with great sadness that we report that Officer Tamarris L. Bohannon has succumbed to his injuries," police said in a statement.

Police say the shooter, a 43-year-old whose name has yet to be released, entered a stranger's home in the 3700 block of Hartford Avenue shortly before 6 p.m. on Saturday and ordered the husband and wife who live there out at gunpoint. Police say the man then gunned down Bohannon, apparently firing on him through a window. He then shot the second officer, who was treated at a hospital and released.

The man holed up in the house for nearly twelve hours before he was taken into custody early Sunday morning. Police did not find a victim from the original shooting call.

Bohannon's family released a statement distributed by police after his death, noting that he had grown up in the city and continued to live here with his family.

"He is a hero to many but most importantly to his loving wife and three incredible children," the letter says in part. "The loss of this great man is felt deeply within the St. Louis community and we ask for your prayers and support in the days ahead."

In a statement, Mayor Lyda Krewson said she was "heartbroken" over Bohannon's death and had spoken with his family after the shooting.

"This is a horrific reminder of the dangers our brave men and women willingly face everyday to keep us safe," Krewson said. "I ask that everyone please continue to keep Officer Bohannon, his loved ones, friends and colleagues, and the entire St. Louis Metropolitan Police Department in your thoughts and prayers."