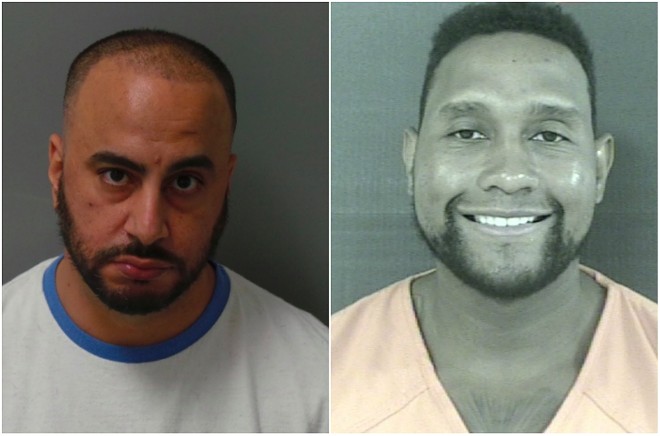 A St. Louis insurance agent and music producer who produced several tracks on Nelly's Nellyville album helped Sweetie Pie's James "Tim" Norman take out hundreds of thousands of dollars' worth of life insurance on Norman's nephew and has been indicted.

Norman is accused of orchestrating his nephew Andre Montgomery's killing in 2016 in north St. Louis. Federal prosecutors say the former star of Welcome to Sweetie Pie's and restaurateur coordinated with an exotic dancer named Terica Ellis to set up Montgomery to be shot to death.

Federal investigators were able to trace calls and location data for burner phones used by Norman and Ellis over three days, showing them arriving in St. Louis and working to confirm Montgomery's location the night he was murdered, authorities say. Data for Ellis' phone showed she was there when Montgomery was shot and called Norman one minute after the shooting before they both split town, with Ellis heading home to Memphis and Norman flying back to Los Angeles, where he was living at the time.

Bank records later showed Ellis depositing about $9,000 in her accounts. Norman tried to cash in more than $450,000 in life insurance policies within weeks of Montgomery's killing but never collected, because he didn't provide all the requested documentation, authorities say.

According to the U.S. Attorney, Yaghnam helped Norman illegally take out the insurance policies on Norman's nephew. Yaghnam has had multiple business operations over the years, flitting from music production into insurance, public records show.

He and Norman submitted three bogus applications, starting in October 2014. The applications misstated Montgomery's income, net worth, medical history, employment and family background, according to prosecutors.

Norman was eventually able to take out a $200,000 policy, a $200,000 accidental death rider and an additional $50,000 rider that would pay out if Montgomery, who was eighteen at the time, died within ten years.

Norman was arrested this week in Jackson, Mississippi, where he's been living. Ellis has also been charged with conspiracy in the murder-for-hire plot.

Editor's note: This story has been updated with new details. The headline and story have also been corrected to show Yaghnam was a producer on Nellyville. While he was a collaborator with Basement Beats, listed on Country Grammar, he gets named credit on Nellyville.