St. Louis City SC Is an Opportunity for the Metro to Unite 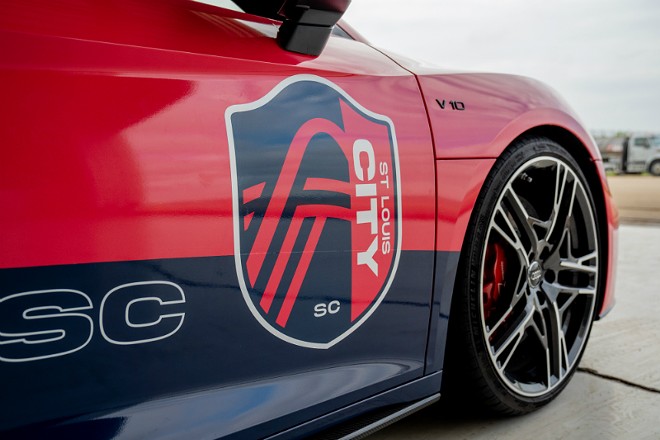 It seems like we’ve been referring to St. Louis’ Major League Soccer expansion group as #MLS4theLou for ages now, but it’s finally come to an end. The group announced today via a live feed that the official MLS name will be St. Louis City SC. This “City SC” moniker is a nod to English soccer. For example, Manchester City Football Club is one of the biggest soccer clubs in the world. They won the English Premier League in 2017-18 by a large margin, then repeated as champions in 2018-19. While the average sports fan or someone new to soccer may think this is strange, folks that are quenching their footy thirst with European soccer easily recognize the move.

While the name “City” grabs Europhiles’ attention, I think it could be so much more meaningful to locals. We know all too well the cultural and geographical divide between the city and county of St. Louis. That divisiveness was obvious in the previous MLS expansion attempt. In the 2017 “SC STL” bid, the county made it clear it would contribute no tax money to the project. I, a proud resident of Dogtown, think back to that lack of a unified attempt to advance the region and do my best to resist the urge to think the team is now aptly named to rightfully exclude the county. But that couldn’t be further from the aim of St. Louis City SC’s owner Carolyn Kindle Betz, and it shouldn’t be the view of any St. Louis citizen.

In today’s announcement, an intro video played highlighting all the best landmarks and sights in St. Louis. It included the Gateway Arch, Sk8 Liborious and the zoo. It also included the brick buildings of Alton, Illinois, the suburbs of Oakville and the Kirkwood train station. It proclaimed that the club stands for all of “Old North, South Grand, east of the river, and west of 270”. Kindle Betz said during the event that they purposefully used this opportunity to include these regions.


Though I sometimes have bitter feelings toward the county, my heart’s deepest desire is for this region to finally realize full reunification. While the St. Louis City SC ownership group has made no gestures toward this exact aim, the idea is there. Yes, the club is named City, but it will draw soccer fans from all over the region. Fans from St. Charles and St. Louis County will be downtown, in the city, to see the highest level of soccer that Missouri has to offer. These fans will claim St. Louis City SC as their own. They will spend time in and around the stadium, like on the new Ferris wheel and aquarium. Perhaps parents will walk over to Schlafly Tap Room ahead of the game and inevitably make friends with the fine folks in the St. Louligans — a diverse and geographically spread group in its own right. I'd guess that people will also seek out the best pre- or post-game tacos that St. Louis has to offer at the cultural hub that is Cherokee Street. Maybe it’s a good opportunity to grab a BLT and a malt at Crown Candy Kitchen on the way in. Any opportunity to endear our population to the charm of our city, rather than encourage fear of crossing the river, is a good one.

The opportunities for visits don’t stop at restaurants and sightseeing. City’s stadium will be beautiful — the live game experience should be a true joy — but right next door to the stadium will be numerous training fields. These fields will be a place, not just for professionals on the team’s roster, but for kids in the club’s top tier soccer academy. I envision numerous tournaments on these fields. The area between Market Street and Clark Avenue will become synonymous with the best soccer St. Louis has to offer, and kids from all over the region will flock.

Finally, I love the work the Taylor family puts into charities. Not only do they support the Missouri Botanical Garden, St. Louis Symphony Orchestra and Washington University, but also Ranken Technical College and ten educational organizations supporting underserved children in the area. CKB indicated in today’s event that she wanted to use the club to further that work for the underserved.

In my opinion, this will be the club’s greatest challenge. While St. Louis soccer has a history of great success in soccer with a heavy influence of immigrant and first-generation players, modern soccer academies cater strongly to those families in the middle class and higher. A pay-to-play system has pushed out anyone not able to pay sometimes tens of thousands of dollars per year for one child to train, travel and compete around the country and even the world. However, all but one MLS club cover the costs for their academy players. For the first time in the region, more than just a few lucky kids with scholarships will have the opportunity to try out for an academy that could springboard them, not just to colleges, not just to USL or MLS teams, but to the best clubs in the world.

We know this is true because St. Louis’ most recent soccer success story is Josh Sargent, signed directly from Scott Gallagher Soccer Academy (a feeder of Saint Louis FC) to SV Werder Bremen — a German club that missed European qualification by one point in 2018-19. Josh has the opportunity to become a star on the world stage, and I believe St. Louis City SC can offer that opportunity to kids in families of all economic and social standing.

What I’m getting at here is that kids, families, parents and adults of all types will be rubbing elbows in St. Louis, because that’s what soccer does. It is the world’s sport, and by nature, diverse. On the world scale, our city-county problem is so small. We are one, and we don’t even know it yet. We are all St. Louis City, and the more we come together, perhaps the more we will come to realize it.