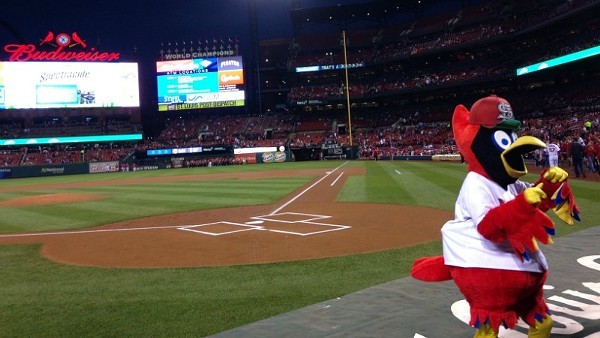 Things are going from bad to worse in Cardinal Nation. Just days after announcing that Yadier Molina, Paul DeJong and more had tested positive for COVID-19, yet another positive case has been recorded.

The Cardinals already had more positive cases than world series wins, so it’s scary that the number has risen even higher.

Cardinals writer Marc Saxon tweeted that the game tonight against the Cubs would be postponed:

Per sources, tonight's #STLCards game has been postponed due to further positive Covid test result(s). More details as they become available.


And then Anne Rogers, writer for MLB.com, reported that one additional player has tested positive and that “Decisions about rest of the series are still pending as team goes through additional testing and contact tracing.”

MLB announces one additional #STLCards player has tested positive, postponing Friday's game against the Cubs. Decisions about rest of the series are still pending as team goes through additional testing and contact tracing.


The Cardinals’ Twitter account retweeted Rogers, confirming that the game originally scheduled for tonight will be postponed. And with the way things are going, it seems likely that the entire series will have to be postponed, too.

MLB insider Jon Heyman says that the came after "three days of all clean results but through contact tracing wasn’t entirely shocking since this player had been near the others."

This brings the known number of Cardinals camp members infected to fourteen total, which includes eight players and six staffers.