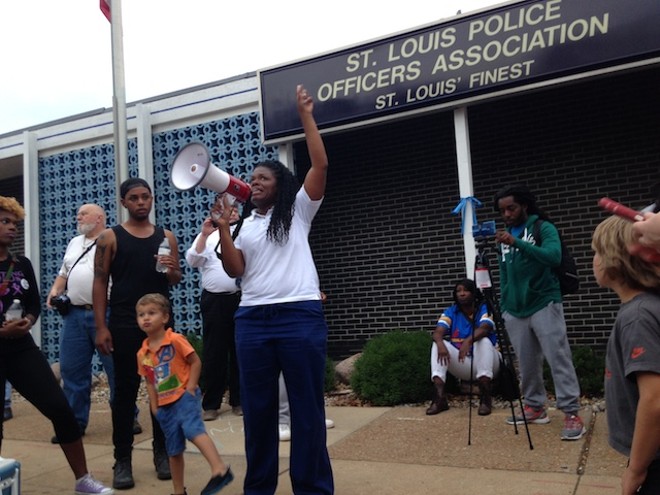 In a rematch of Democratic primary rivals, Cori Bush pulled off the upset of the night, toppling ten-term incumbent U.S. Congressman Lacy Clay.

She will be Missouri’s first Black congresswoman.

The campaign against Clay, a political heavyweight, was a race with a national audience, especially among various factions of the national Democratic party eager to measure the reach of a progressive uprising that boosted Alexandria Ocasio-Cortez in Congress. The New York Times, one of the many national outlets to profile the race, headlined a lengthy feature “In St. Louis, Testing Liberal Might Against a Democratic Fixture.”

Clay hammered Bush in 2018, beating her by twenty percentage points. But Bush was better funded and more experienced this time around. A prominent spot alongside AOC in the documentary Knock Down the House didn’t hurt as a profile raiser, but the political climate has also shifted in her favor. The twin forces of an unending pandemic and nationwide police protests following the killing of George Floyd by Minneapolis cops seem to have ignited a renewed interest in changing the status quo. That played well for Bush, a nurse who rose to prominence as a Ferguson protester and has continued to hit the streets during the latest demonstrations.

Clay, a longtime progressive, supports many of the same causes, but he was nevertheless an entrenched member of the old guard. He succeeded his father William Lacy Clay Sr., a founding member of the Congressional Black Caucus.

Between the father and son, the Clays have represented the district for more than fifty years. Bush just ended that dynasty.

Power players among progressive political organizations backed Bush, prompting Clay to refer to her in the New York Times article as a “prop” used by liberal organizations to keep their donations rolling in.

Bush countered that Clay was out of step with the movement, nearly invisible as she joined the people in the streets. Following a perfunctory general election in November, her next stop will be Washington, D.C.