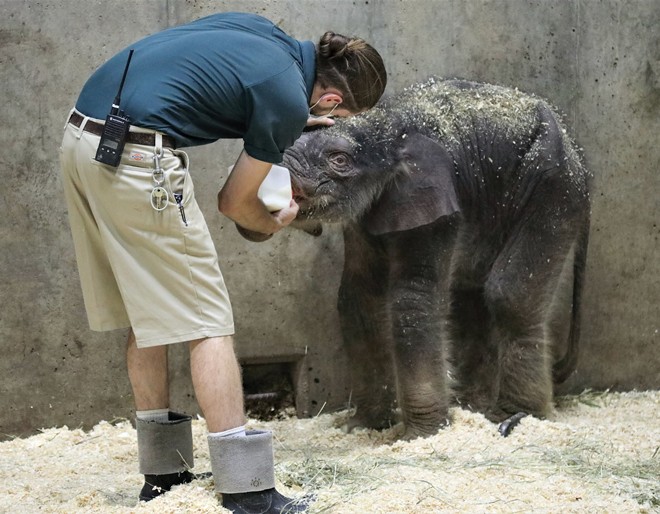 The elephant care team at the Saint Louis Zoo is grieving the brief life of Avi, the baby elephant who on July 6 became the first male Asian elephant born at the zoo in 27 years.

However, the excitement over Avi's birth quickly gave way to concern. Soon after Avi's much-hyped arrival, the zoo revealed that "developmental impairments" had limited Avi's ability to feed since birth. Although caretakers later reported the newborn showing "signs of getting stronger," a subsequent update disclosed "multiple setbacks" connected to Avi's feeding and hydration.

"We really wish we had good news to share about the health of the elephant calf," the zoo said Friday in a statement, "but we do not."

The news did not improve, and on Sunday morning, the newborn was euthanized and "passed away peacefully," the zoo announced.

Reached by email Monday, zoo spokesman Billy Brennan said the elephant care team — which had worked to give the baby elephant 24-hour care in his last days and weeks — are "grieving and exhausted."

This isn't the first time tragedy has visited the zoo's elephants, and particularly for Rani, Avi's mother: In 2018, Rani's second calf, Kenzi, died days after being diagnosed with elephant endotheliotropic herpesvirus. The same disease nearly killed Rani's firstborn, Jade, who managed to recover.

“Everyone here is just devastated right now,” St. Louis Zoo President and CEO Jeffrey Bonner said in a statement announcing Avi's death. “Our team of professional elephant care experts did everything possible to help improve the calf’s health. Unfortunately, in the end, it just wasn’t enough as his health complications were too severe.”

An autopsy will be conducted by the zoo's veterinary team. The results will be available in several weeks, the zoo said. 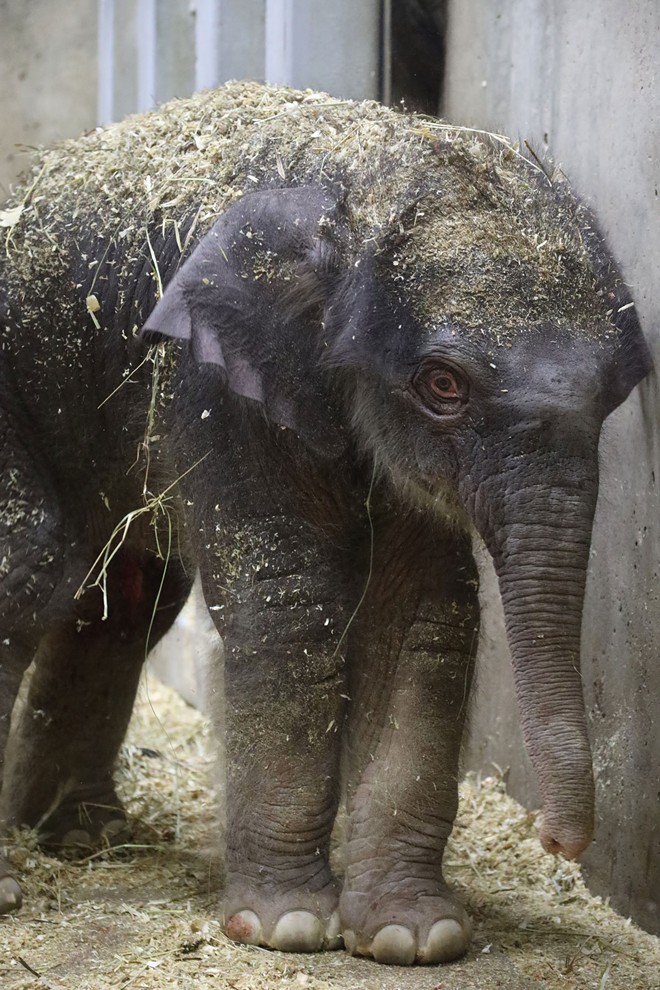