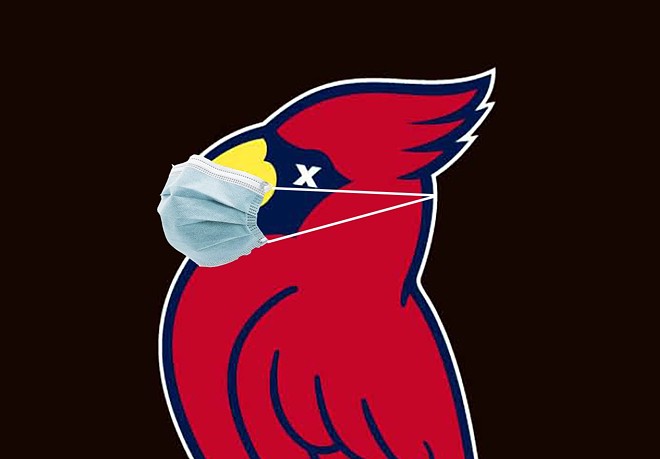 More than a dozen members of the St. Louis Cardinals organization have tested positive for coronavirus. Currently, the team is quarantined in Milwaukee, where it had been scheduled to play the Brewers this weekend — instead, they'll keep hanging out in their hotel rooms.

On Monday, the team announced that seven players and six staff members have the virus, notching two more cases than the number of World Series trophies it accrued during years when catching "Cardinals fever" did not include the possibility of intubation and death.

The Cardinals announcement puts the team just behind the league-leading Miami Marlins, which last week recorded 21 positive coronavirus tests and triggered questions about whether holding a baseball season is perhaps not a good thing to do during an out-of-control viral outbreak.

But actually, nah, the baseball season goes on! Unless you are on the Cardinals, in which case you are temporarily trapped in Milwaukee.

Indeed, judging by the state of the Marlins, the Cardinals' season seems very much alive: Consider that while the Marlins' coronavirus spread multiplied the number of their World Series trophies by more than ten, and while the Marlins infection also appeared to spread to two staff members on the Philadelphia Phillies — leading to a postponement of the Phillies series scheduled in Toronto this past weekend — the team is still taking the field Tuesday to start a four-game series in Baltimore.

By that measure, it's only a matter of time before the Cardinals escape Milwaukee and again take the field to the glorious sight of an empty stadium.

On Friday, the Cardinals first confirmed that both its players and staff tested positive. Today, the team revealed the additional cases in its press release announcing the cancellation of the series in Detroit.

"Our team is a microcosm of what's happening in society right now," the Cardinals' John Mozeliak, president of baseball operations, said in a Sunday interview on MLB Network radio.

"I don't know exactly where we had the break in what we're trying to accomplish from a protocol standpoint. Obviously we had someone that was infected, and unfortunately it was someone that was able to spread it."