Editor's note: This story was updated after publication to include more information and quotes from St. Louis County Prosecuting Attorney Wesley Bell.

Wilson fatally shot the eighteen-year-old Brown on Aug. 9, 2014, after a confrontation on the street. The killing sparked months of protests, leading to the rise of the Black Lives Matter movement.

"Although this case represents one of the most significant moments in St. Louis' history, the question for this office was a simple one: Could we prove beyond a reasonable doubt that when Darren Wilson shot Michael Brown he committed murder or manslaughter under Missouri law?" Bell said at the news conference. "After an independent and in-depth review of the evidence, we cannot prove that he did."

Bell has faced questions about whether he would reopen the case since before he took office. At least in part, his election as a reform-minded prosecutor was a long-awaited rebuke to his predecessor Bob McCulloch, who oversaw the original case.

In a controversial news conference in 2014, McCulloch announced the grand jury's decision not to indict Wilson, detailing much of the evidence prosecutors included during the inquiry.

His role in the case would dog him the rest of his career and ultimately cost him his job. Activists who accused McCulloch of tanking the case came out hard against him during his reelection campaign — and helped boost Bell to victory in 2018.

But Bell had mostly stayed quiet about whether he planned to reopen the case. This afternoon, his office sent out a media alert, revealing not only that prosecutors had finished a renewed investigation, but that Bell would announce a decision at today's conference.

He gave Messenger the news first:


“In the end, we cannot ethically bring this case to trial,” Bell said, according to Messenger. “Our investigation does not exonerate Darren Wilson.”

During the news conference, Bell told reporters the re-investigation began about five months ago and concluded about two weeks ago. Members of a conviction integrity unit in his office intentionally kept their work secret, even from other county prosecutors, to avoid being influenced by anyone, Bell added. He said it was a "tough decision" not to prosecute Wilson, but "we just could not get there with the evidence we had."

He said prosecutors delivered the news to Brown's family in person.

"We could not give the family what they wanted, but we did keep our obligation to this community," he said.

The Department of Justice had reached a similar conclusion in 2015 about the evidence against Wilson.

Bell's decision was likely the end for Brown's family's and supporters' hope for Wilson to be prosecuted for the killing.

Organizations that helped lift Bell to victory over McCulloch were critical of the prosecutor's decision.

"The decision not to bring charges against Wilson perpetuates a criminal justice system that fails Black communities by allowing police to operate with impunity. We stand with Michael Brown's family in their continued fight for justice," said Scott Roberts, senior director of Criminal Justice Campaigns at Color Of Change, in a statement.

In a joint statement, a coalition of organizations — including ArchCity Defenders, Action St. Louis, Forward Through Ferguson and the ACLU of Missouri — said they "stand in solidarity" with Brown's parents.

"For many, this news has unearthed painful memories and reopened still-unhealed wounds," the statement said. "In a moment during which many thousands of people are taking to the streets to demand we build a society in which Black lives matter, we are reminded yet again that all too often, in the eyes of our criminal legal system, they do not." 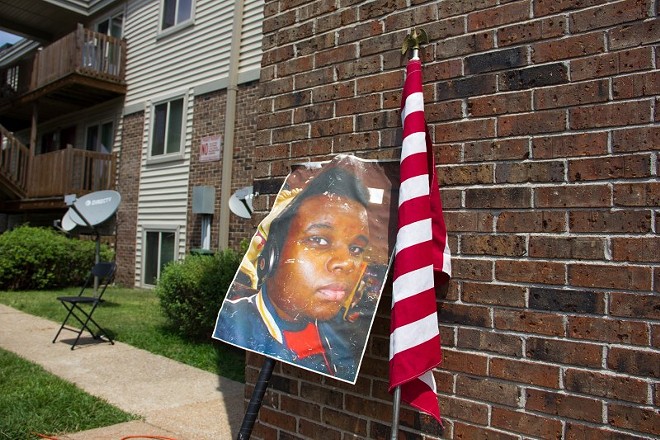