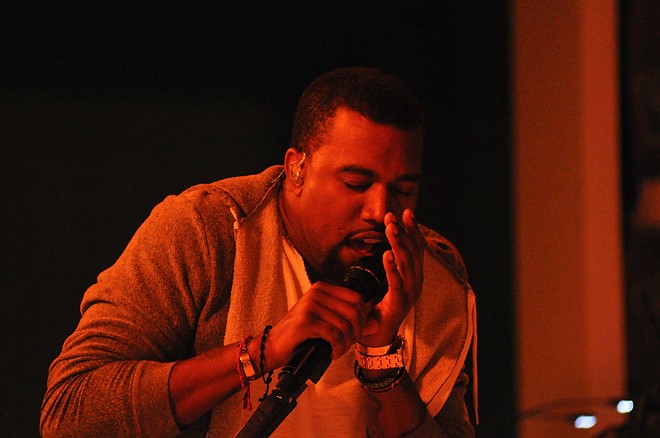 Just when you thought 2020 couldn’t get any more stupid, here comes Kanye West trying to hop up on the Missouri ballot in November.

In order to get on the Missouri ballot, a prospective candidate must usually pay a $1,000 filing fee (but there are ways around that part), gather a whole bunch of signatures of support from registered voters and then submit those signatures to the Missouri Secretary of State.

Maura Browning, a spokeswoman for Jay Ashcroft, did say, however, that Ye won’t be allowed on the ballot “unless officials are able to verify that the signatures came from at least 10,000 registered voters.”

So while the United States is currently being terrorized by our “leadership,” the future might be just as dumb.

President West would likely spend his days in office trying to fight Taylor Swift and tweeting unintelligible and unnecessary rants. Basically, it might be similar to the shit game show administration that we have now, plus we’d all probably be forced to wear the ugliest shoes in the world. Ugh.

So if you go into the voting booth later this year and see Kanye West on the ballot, just take a moment before voting to ask yourself WWKD (What would Kanye do?) and then, you know, vote for whoever isn’t Kanye West or Donald Trump.