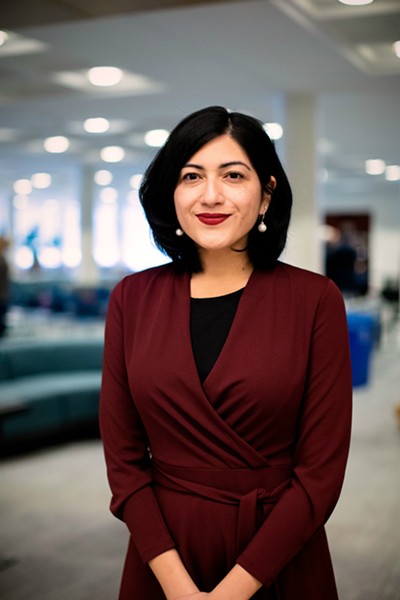 In the past three years, St. Louis has spent nearly $4 million on surveillance technologies it didn’t have to spare. None of which has had to be directly approved by the Board of Aldermen and none of which you, as a voter, have had a real opportunity to evaluate. Last week the St. Louis Board of Aldermen took the first step to open St. Louis to spy planes, the same used over Iraq in the fog of war. While the nation is discussing the demilitarization of police, St. Louis is considering turning wartime specific technology on its own citizens.

This is a threat to liberty.

This summer, Americans have taken to the streets to protest police brutality and demand change. During the protest surrounding the death of Freddie Gray, officials in Baltimore quietly and secretly turned to the very surveillance technology now before the Board of Aldermen to track protestors. It came to light in June that U.S. Customs and Border Protection (CBP) was flying a large, high-altitude Predator drone above Minneapolis. Putting spy planes over St. Louis is a blatant effort to chill speech through a militaristic display of raw power. Surveillance technology is not new to St. Louis, but we are adding more to a freight train already out of control. Since the launch of the “Real Time Crime Center” in 2015, St. Louis’ embrace of surveillance technologies includes 1,100 cameras and a Stingray device used to track cell phones, all without regulation.

You may not agree with the causes driving people out in the streets today, but what happens when this technology is turned on you? You cannot support the right to assemble and simultaneously support the unrestricted use of surveillance technology.

Drones and other aircraft are a platform — one that can be used to carry any number of other technologies up into the sky. Among the sensors they can carry are GPS, radar, range-finders, magnetic-field change sensing, sonar, radio frequency sensors and chemical and biochemical sensors.

This is not a Ring doorbell folks; this is the beginning of an Orwellian nightmare for the city of St. Louis.

If St. Louis continues to charge toward new, experimental technologies without community control, we are opening ourselves to a world in which every move we make outside of our home is subject to government scrutiny.

More than fifteen other cities around the country, including cities like Nashville, have stood up and passed legislation to ensure that a transparent and clear process is put in place to approve any use of surveillance technology, measure the effectiveness of that technology, and ensure it is free from racial bias. We owe that to our residents, to the victims of crime, and to our Constitution. We must have community control over police surveillance through measures like Board Bill 95 so that St. Louis can move toward a future of both safety and freedom.

Luz María Henríquez is the Executive Director of the ACLU of Missouri. The RFT welcomes interesting essays on topics of local interest. To contribute, contact Editor in Chief Doyle Murphy at doyle.murphy@riverfronttimes.com.