Just Stay Home If You're Too Scared to Wear a Mask, Snowflake

On Wednesday afternoon, the St. Louis Metropolitan Pandemic Task Force announced that, starting Friday, facial coverings will be mandatory for those in public in St. Louis and St. Louis County in order to slow the spread of COVID-19.

Cities and states across the nation have begun making the wearing of masks mandatory in public, and the St. Louis region is just the latest. The move comes as the efficacy of masks in preventing transmission of the virus has been increasingly proven, with one recent study commissioned by the World Health Organization finding that face coverings may reduce transmission by as much as 85 percent.

Despite this, a rather vocal anti-mask swath of the local population absolutely lost their shit upon the announcement, with many saying in news story comment sections that they refuse to mask up. 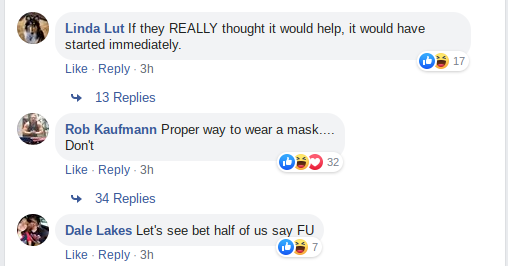 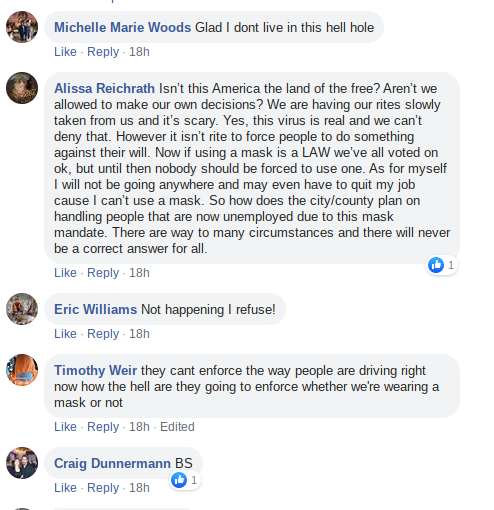 The outrage is to be expected. The use of masks has become a political flashpoint in recent months, with some — including the president — arguing that COVID-19 is nothing more a political hoax meant to damage Trump's chances of reelection and that the masks are a sign of compliance with this agenda. That would explain why their use has been advocated in recent days by staunch liberals such as [checks notes] Senate Majority Leader Mitch McConnell, Fox News personalities Sean Hannity and Steve Doocy, former Vice President Dick Cheney and Sen. Marco Rubio.

And the conspiracy doesn't stop with just them. According to a report by liberal think tank [checks notes] Goldman Sachs, mask use could save the U.S. economy $1 trillion if it were mandated nationwide. And as of today, President Trump has even joined the chorus of those calling for mask use, proving beyond a shadow of a doubt that President Trump is actively working with the Democrats and the media to stop the reelection of President Trump.

But here's the deal, snowflakes: Some of us actually care about the economy, and we're not about to slide into a second Great Depression over fear of wearing a mask. If it takes wearing a mask to ensure that there is still a country here for our children and grandchildren, that's what I'm going to do. If you're too scared to wear a mask, it's simple: Just stay home. I, for one, refuse to live in fear. You need to follow the rules — it's just that simple! If you find yourself locked out of society due to your fear of a cloth facial covering, that's your own problem. Play stupid games, win stupid prizes.

It's called the "Home of the Brave" for a reason, you cucks. USA! USA!