by Doyle Murphy and Ryan Krull

Soulard Bar owner Joshua Lundak is in custody in the killing of a 42-year-old south St. Louis man.

St. Louis police have been searching for Lundak, 39, for nearly three weeks, following the shooting of Jeffrey Amick in an alley in the McKinley Heights neighborhood.

The June 5 killing was caught on video, possibly from multiple cameras. In footage from one angle reviewed by the Riverfront Times, Lundak is shown driving a black Chevrolet Tahoe, pulling a trailer of lumber down an alley next to Jefferson Underground, a warehouse with a rooftop wedding venue.

The confrontation happened minutes before 8:30 a.m. with Lundak, who owns Henry's bar in Soulard, stopping the truck as Amick steps into the frame.

It's at this point that police say the men exchange words, and Amick, who owned a house across the alley to the east, throws something at the warehouse wall. Lundak gets out the Tahoe, steps behind the open driver's side door and shoots Amick, knocking him down.

A roll-down door in the side of the warehouse then opens next to the Tahoe and Lundak dashes inside, returning seconds later with what police say is a shotgun. He shoots Amick on the ground, walks away and then comes back. Police say Lundak realizes in this moment that the wounded man isn't dead, so he shoots him again. 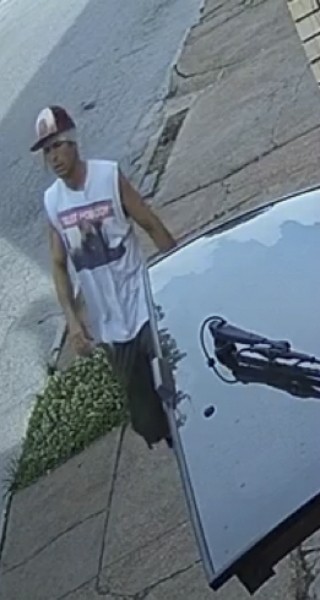 Lundak is then seen ducking back into the warehouse, before returning to the Tahoe, which he backs south through the alley, away from a dead or dying Amick.

After that, it's not clear where Lundak goes. He wasn't charged until June 10, but police say in court documents he'd told an off-duty cop (It's not clear whether this was in person) that he had shot someone in the alley. Police say Lundak was advised to turn himself in shortly after the shooting, but he refused.

A detective wrote in a probable cause statement she was worried he would skip town, because he had multiple properties and boats in Miami.

Last week, Lundak didn't respond to a phone call or text from the RFT. His bar continued to open each afternoon, but staff said they hadn't heard from him. And his attorney, Scott Rosenblum, told the RFT on Friday morning he didn't know where his client was but was confident he would turn himself in "any day."

That day was apparently today. Lundak was taken into custody at the police headquarters and booked on felony charges of first-degree murder and armed criminal action. He's being held without bond.