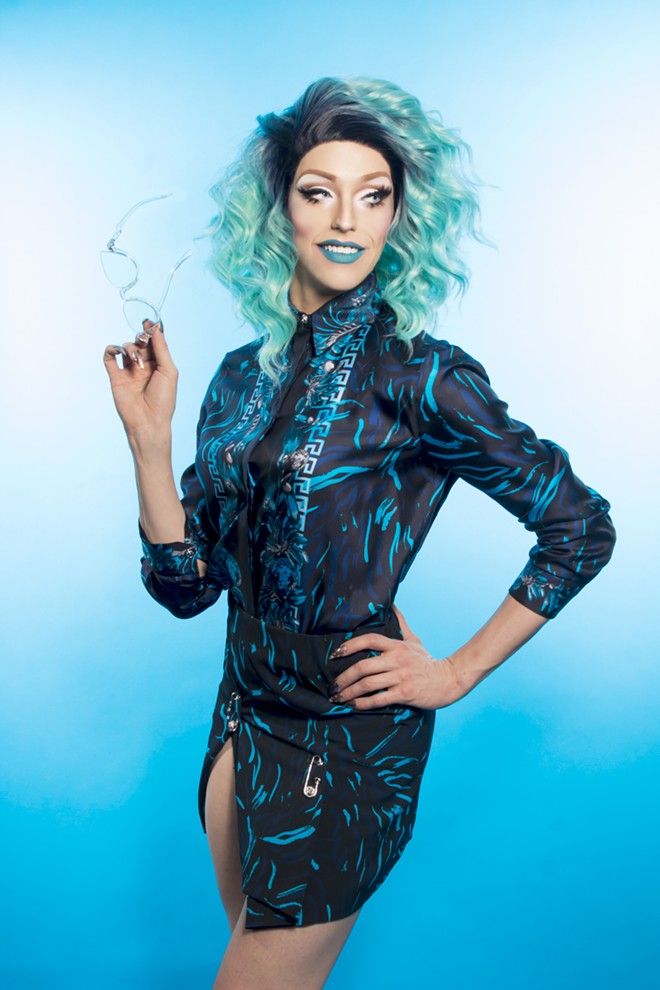 "Jack Daniel's Tennessee Fire Presents Drag Queen Mukbang" will blend the irreverence of a drag queen brunch, a drag show normally performed in front of a live audience during a late morning meal, with the intimacy of mukbang, a popular genre of social media videos that feature hosts enjoying a variety of food while interacting with the audience. New episodes of "Drag Queen Mukbang" will debut weekly and feature talent enjoying a lavish meal mukbang-style while entertaining viewers with quips, jokes and other surprises highlighting Tennessee Fire.

With many bars and clubs at limited capacity, and event spaces still shuttered in the wake of the pandemic, drag queens and other self-employed entertainers who earn their livelihoods from performing at these venues have faced unprecedented financial hardship, which will be addressed by the "Drag Queen Mukbang" hosts in each video. With an aim to champion organizations and initiatives that support LGBTQ+ communities, Jack Daniel's Tennessee Fire has also partnered with GLAAD and various local nonprofits across the country. A longtime supporter of the LGBTQ+ community, Jack Daniel's parent company Brown-Forman has received a perfect score for 10 consecutive years on the Corporate Equality Index, a national report on corporate policies and practices related to LGBTQ+ workplace equality.

More about the entire cast of "Jack Daniel's Tennessee Fire Presents Drag Queen Mukbang" and the premiere dates for their videos, and the Missouri charity our Queen is supporting :


Due to national stay-at-home orders, each episode was self-shot entirely by the hosts. Any hosts that appear together in an episode are also in quarantine together, in compliance with social distancing restrictions. In addition to handling production duties, the performers designed their own sets using whatever materials were readily available — with the exception of Tennessee Fire products.

"I wore a costume that I already had on hand and did the makeup myself," said Eugene Lee Yang. "We may be limited in what we can do while filming, but Jack Daniel's Tennessee Fire worked with us every step of the way to create the ultimate drag-themed mukbang experience."

"For some reason, food, drink and drag just seem to go together," said Laganja Estranja. "My fellow queens and I applaud Jack Daniel's Tennessee Fire for shining a light on the community during these challenging times and using this series to support organizations like GLAAD."

"The drag community consists of many artists and performers who depend on nightlife spaces to earn a living," said Gia Gunn. "Many people in our community are struggling right now as a result of the shutdown. I am super thankful to Jack Daniel's Tennessee Fire for calling attention to this part of the industry that is often overlooked."

"This lineup is about inclusivity," said Patrick Starrr. "We have drag queens and beauty gurus, drinkers and non-drinkers like Gia, a Try Guy and a transgender woman. We're able to connect over our love of performing and just share good food and Jack Daniel's Tennessee Fire with viewers."

"Jack Daniel's Tennessee Fire is honored to collaborate with such an extraordinary roster of talent to produce a one-of-a-kind content series that also addresses some real issues being faced by the LGBTQ+ community," said Fabricia da Silva, Field Marketing Manager of Jack Daniel's Tennessee Whiskey. "This series combines an IRL food trend with a social media phenomenon to create bold and fiery content designed to warm hearts and lift spirits."