The wife of a slain retired police captain described the man who killed her husband as an "opportunist who had no regard for life or the law."

Ann Marie Dorn spoke to reporters on Thursday at the St. Louis police station, one day after the funeral for David Dorn.

"This didn't have to happen," said Ann Marie Dorn, who is a St. Louis police sergeant. "But it must have been God's plan for David."

David Dorn retired from the St. Louis police department in 2007 after 37 years on the force. He later served as chief of Moline acres.

During the early morning hours of June 2, Dorn drove to Lee's Pawn and Jewelry where he worked on occasion, according to authorities. Looters busted into buildings across the city overnight, and police say multiple people were stealing television sets from Lee's. Dorn arrived shortly after 2:30 a.m. and was gunned down by 24-year-old Stephan Cannon, police say.

Cannon has been charged with multiple felonies, including first-degree murder. Two other men — 27-year-old Jimmie Robinson and 38-year-old Samuel Simpson — have also been charged with burglary. Police are still looking for seven more suspects in the burglary. 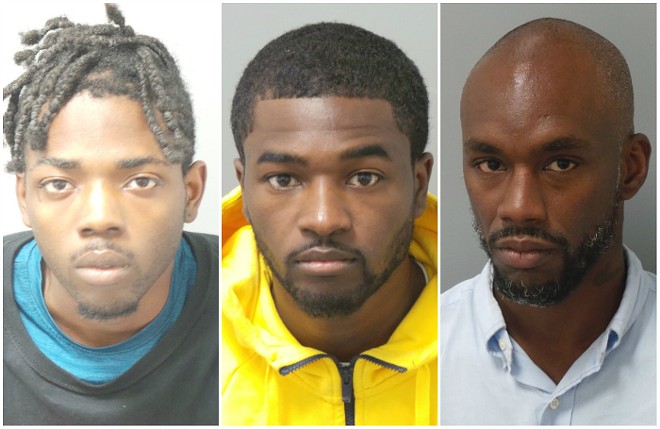 Ann Marie Dorn, flanked by relatives, says her husband was "senselessly taken" from her and her family.

"We need to come together as a community and do better," the newly widowed Dorn said. "We need to teach our young people that life is very precious."

She asked that her husband be remembered as "a loving husband, father, grandfather, brother, uncle, friend, colleague and most importantly a child of God."

Recognize anyone in this video?

Help us identify the remaining suspects in the murder of Ret. Capt. David Dorn.