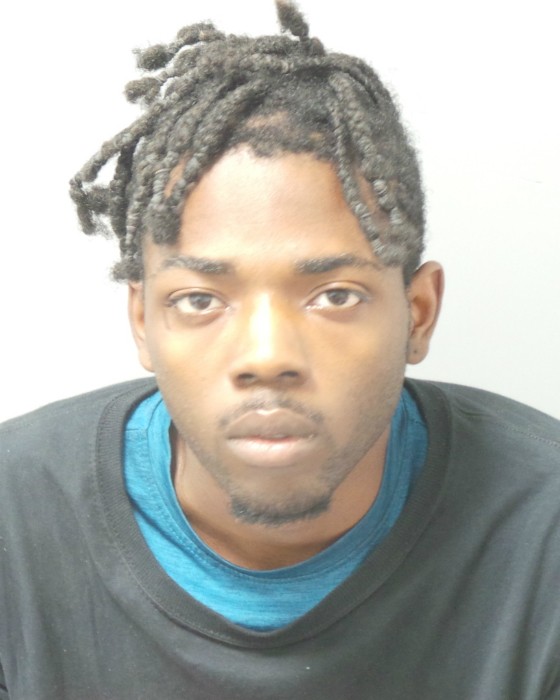 Stephan Cannon of the Glasgow Village neighborhood is accused of pulling the trigger. He and Jimmie Robinson, 27, of Florissant were among multiple people who slipped into Lee's Pawn and Jewelry, 4123 Dr. Martin Drive, early on the morning of June 2, according to court records.

Cannon and his accomplices arrived that morning in a Pontiac G6, police say. Surveillance footage from the shop shows Cannon and the car's driver inside the store, and the driver started handing television sets to other accomplices outside the shop before ducking back out to help load the car.

The footage shows Cannon go outside and then walk to the corner of the store, gun in hand, when Dorn arrived, the probable cause statement says. Dorn worked at the store on occasion, and police have said he was trying to defend it from looters on a night when dozens of businesses were burglarized or vandalized.

In the video, police say you can see gun smoke after Cannon allegedly shot Dorn. Investigators later found Dorn down, shot multiple times. They found shell casings from a 9 millimeter outside the store.

Cannon was then filmed walking back to the entrance of the store, police say. Witnesses told investigators that someone yelled to the people still inside after the shooting, and everyone fled. Cannon, the Pontiac driver and a third, unidentified, person got back in the G6 and took off, police say.


Police distributed a video last week showing seven people described as "persons of interest" in Dorn's death, and CrimeStoppers offered a reward of more than $56,000 for information leading to an arrest.

Police say Cannon was identified by a witness. When investigators tracked him down at his home, he admitted he was in the shop that night and that he had cut his hair after seeing his photo from the surveillance video, police say. They also found one of the televisions stolen that night.

"Based upon the diligent work of the police department, collaboration with the Circuit Attorney’s Office, and the cooperation from the outraged community, we have issued charges for the tragic murder of former Captain David Dorn," Gardner says in a statement.

Along with first-degree murder, Cannon is charged with robbery, burglary, unlawful use of a weapon and three counts of armed criminal action. He was held without bond.

Cannon has a previous felony conviction for robbery and assault. He has a pending case in the city for stealing.


Robison was charged with armed criminal action and stealing along with one count of first-degree burglary.