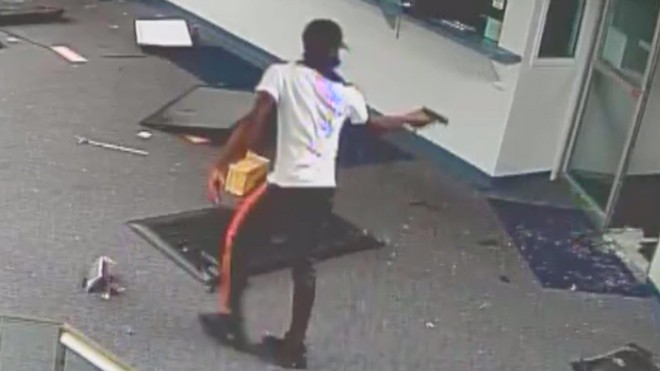 St. Louis police are looking for seven people in the killing of one of the department's retired captains.

Police released surveillance footage from inside Lee's Pawn and Jewelry, 4123 Martin Luther King Drive, that shows seven people crawling one after another beneath a security gate into the ransacked store. At least two men in the group are armed, and in an excerpt of the video (screenshot above) one of the men points a handgun toward the door.

Police describe the people as "persons of interest" in Dorn's killing. 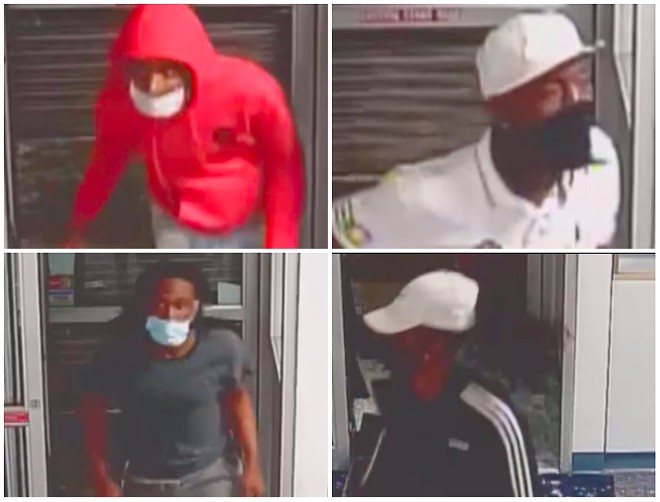 Dorn's widow told the St. Louis Post-Dispatch the retired lawman was a friend of the pawn shop's owner and worked there sometimes, which included responding to burglar alarms. He was shot during a night of widespread vandalism and looting. More than 75 businesses across the city were hit.

During the daylight hours on Monday, thousands of people marched nonviolently through the city in solidarity with protests across the country sparked by the killing of George Floyd by police in Minneapolis.

At 2:38 a.m. Tuesday, Dorn was gunned down at the pawnshop. His death was immediately denounced by people on all sides of the protests, and it has become part of an anti-protest narrative on the far right. President Trump, who has responded angrily to the nationwide protest with threats to unleash military troops on crowds, seized on Dorn's death as an example of unchecked menace.

"Our highest respect to the family of David Dorn, a Great Police Captain from St. Louis, who was viciously shot and killed by despicable looters last night," Trump tweeted on Tuesday night.

Police ask anyone with information to call the department's homicide division at 314-444-5371.