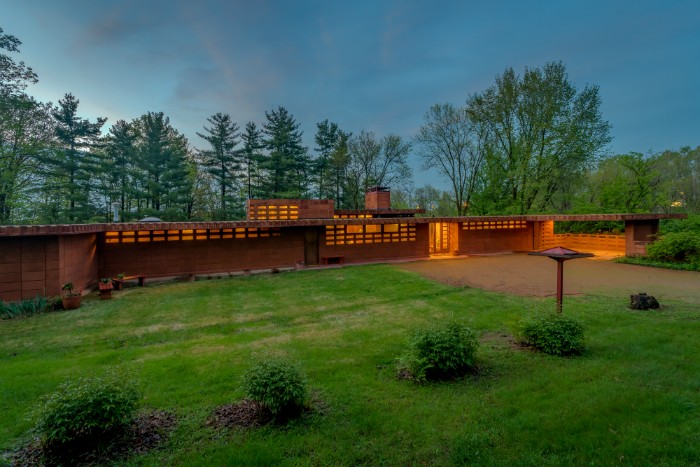 On June 7, St. Louisans will be able to see the Pappas House up close and personal. It's a rare look inside the home, which had only one owner until its sale earlier this year to a documentary filmmaker who specializes in the architect's work.

The organization is planning the June 7 event as a fundraiser to help finance the restoration of the home, which is in Town and Country.

In a press release, Miner says the house needs between $600,00 and $900,000 of work. There were six or seven other events set at other private homes designed by Frank Lloyd Wright, but due to coronavirus concerns, these have been canceled. That means that this event on June 7 is important to ensure restoration of the home built in 1964.

In an interview, Miner says the home will need to be restored in phases. The first phase will focus on fixing glaring structural issues, which include replacing the old roof to stop frequent water leakage and removing and replacing the plywood that has been damaged due to said leakage.

Miner can't help but laugh when he says, "There's a dank smell when you walk in. Of course you get used to it, but the restoration will make us not have any more sleepless nights when it rains."

He hopes to start renovations as soon as possible with the money raised.

This house is special. Miner says it's the last of seven homes Wright described as Usonian Automatic, a style meant to produce cost-effective, artistic homes that could be available to middle class families.

"It's ironic really," he says, "They were supposed to be easy and cheap to build, but most of the clients Wright worked with actually ended up hiring contractors and doing the bulk of the work themselves."

The Pappas family was one of those clients. Miner says Wright couldn't help himself. Homes that are this beautiful and artistically driven can rarely be cost effective. It's just how it works.


Items such as Ted Pappas's original letter to Wright, original blueprints and the first two payment checks personally endorsed by the famed architect will be on display. Other items will be auctioned and raffled.


The event is open to the public, and viewings will take place in two groups of ten to twenty people each, scheduled for 2 p.m and 6:30 p.m. in order to ensure safe social distancing measures. Masks must be worn inside the home, no exceptions.


You can buy tickets online.


Tickets also include admission to a screening of Masterpieces, a documentary by Miner showcasing Wright's most impressive buildings, at the Missouri History Museum as soon as a date is set.

Correction: The original version of this story incorrectly reported the items to be raffled. We regret the error. 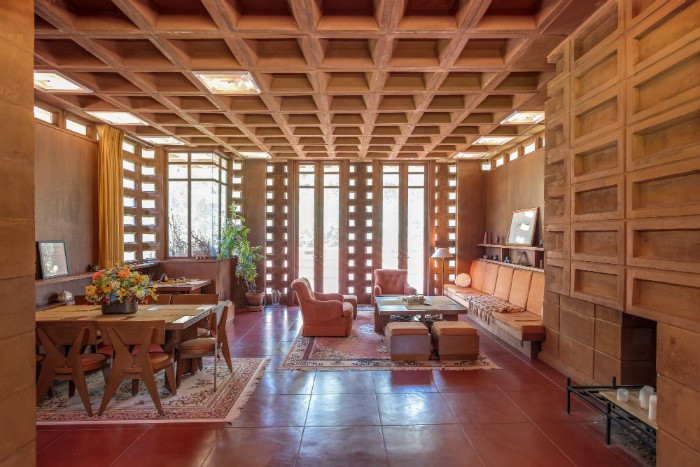